Welcome to Fall Tracking, where Eater obsessively follows the biggest openings of the season. Have any intel on a new opening? Send it to minneapolis@eater.com. 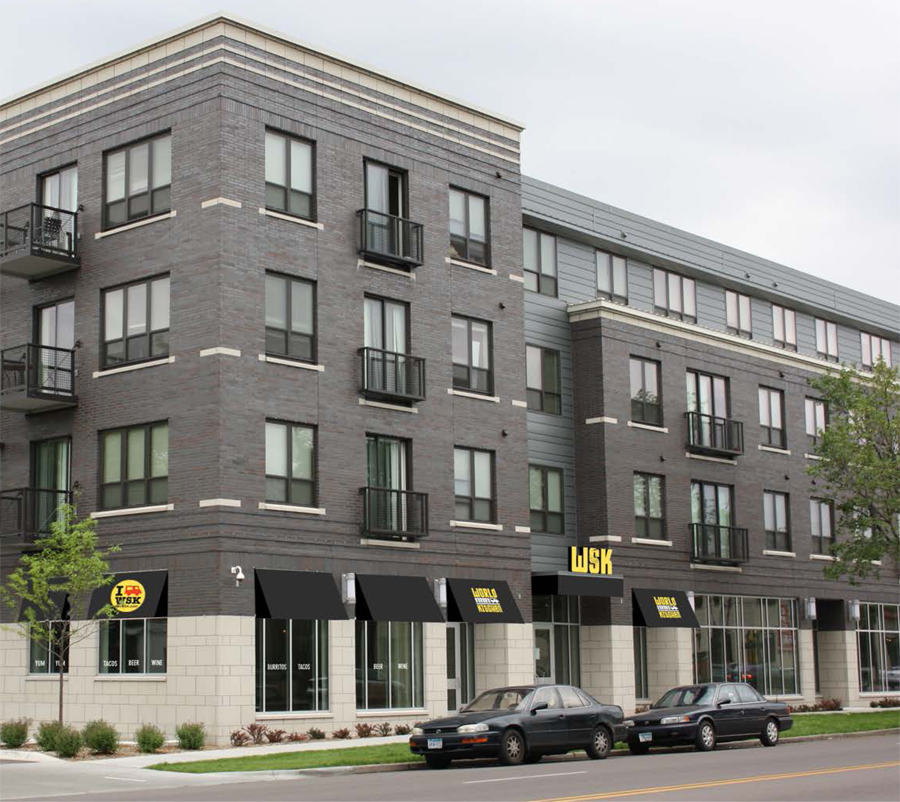 Another food truck is going brick-and-mortar, with Chef Sameh Wadi (also of pioneering Middle Eastern Restaurant Saffron) opening a World Street Kitchen restaurant in Whittier later this month. The restaurant—which will be housed in the new Greenleaf Apartments at 2743 Lyndale Avenue—will feature many of the menu items from Wadi's popular eponymous food truck, such as the Bangkok Burrito and the Yum Yum Rice Bowl. There will also be some menu additions, including an oyster-shrimp po' boy, a banana-leaf wrapped whole fish, and a vegetarian Juicy Lucy: a falafel ball will substitute for the beef patty, with sauteed sumac-seasoned onions replacing the cheese.

As is de rigeur these days, WSK will be pouring all-local beers on tap, plus wine (and international beer in the bottle). One thing you won't see on WSK's menu? Pork in any form, including that default flavor/happiness booster-of-choice, bacon. "It's too easy to porkify your menu," Wadi told TC Daily Planet. Similar to Lyndale staples Common Roots and French Meadow, World Street Kitchen will offer counter service, but it's taking fast and casual restaurant-dining one step further with paper plates and plastic cutlery. Wadi says that World Street Kitchen should be open mid-November.