Marin to Bring NorCal-Style Dining to the Chambers Hotel

Share All sharing options for: Marin to Bring NorCal-Style Dining to the Chambers Hotel 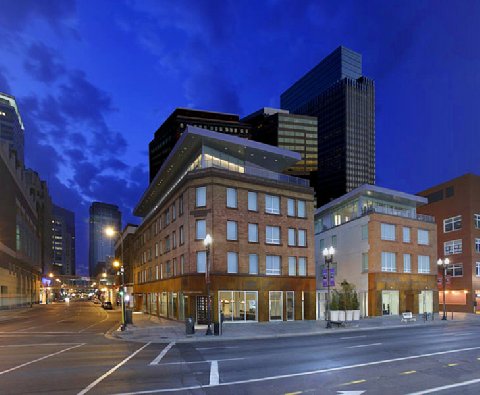 It was only this past weekend that D'Amico Kitchen shuttered at the Chambers Hotel, but, according to the Star Tribune, the hotel has already announced its replacement: Marin, the second restaurant from Craig Bentdahl, owner of Mill Valley Kitchen in St. Louis Park. Michael Rakun, the current chef at Mill Valley Kitchen, will head up the kitchen, as well as the hotel's banquet and room service operations.

In case you need a brush-up on your Northern California geography: Marin is a county in California, just over the Golden Gate Bridge from San Francisco; Mill Valley is a city in Marin County. Like Mill Valley Kitchen, Marin will serve Northern California-style food. What does that mean? Bentdahl described the cuisine to the Star Tribune thusly: "nutrient-dense yet flavorful, farm-to-table and sustainable." Mm, nutrient-dense. Also like Mill Valley Kitchen, Marin will list nutritional information and calorie counts next to each item on the menu.

The restaurant space will be redesigned by Shea Inc., the same firm that designed Mill Valley Kitchen, Butcher & the Boar, and Union, among other restaurants. The nutrient-dense, calorically-transparent restaurant should open sometime this summer.