Feast Your Eyes on the Full Menu for Umami Dim Sum

Share All sharing options for: Feast Your Eyes on the Full Menu for Umami Dim Sum

After their first official night as Umami Dim Sum last night, the Umami team has announced some changes to the restaurant plan. While this week's dinner was originally planned as a combination dim sum menu (with carts) and tasting menu (delivered by servers), the team has decided to change to an all dim sum menu as of dinner tonight.

The next batch of tickets (which will be released tomorrow morning at 11 a.m.) will cost $5 a ticket (plus an $0.89 service charge) and will include each diner's dessert for the meal, plus the reservation time. Then diners will pick from a dim sum menu, with dishes ranging from $3-$10 each, including chicken wings, an octopus croquette, a ham hock dumpling, and the egg ramen. The takeout menu is still in effect. (And you can see both menus in full, with prices, after the jump.) 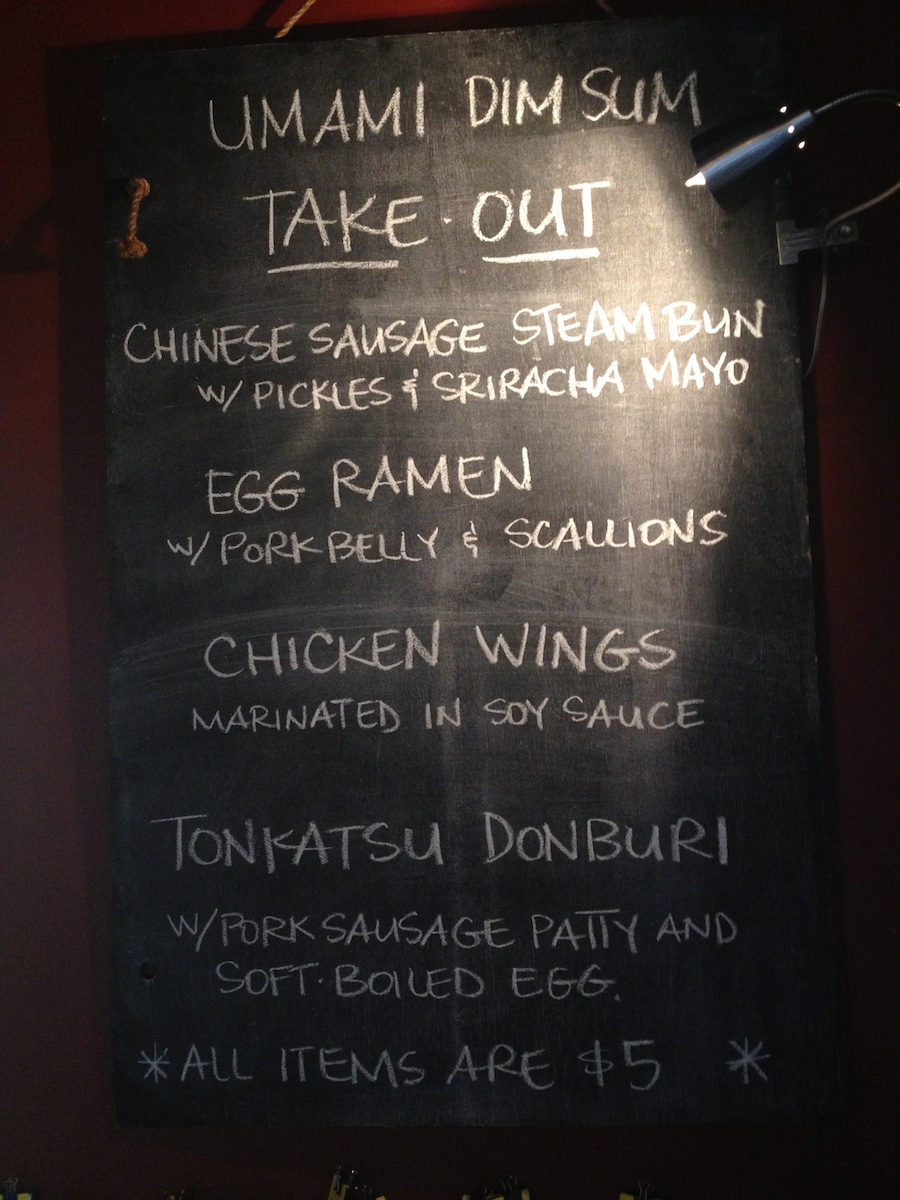 And here's the eat-in menu:

Diners who had already made a reservation for Umami Dim Sum this week got an email from Travail announcing the change and explaining that they would be refunding the balance in ticket price; they also offered to refund the dinner in full for diners who wanted to cancel after hearing about the new plan.

· All Coverage of Umami [Eater MPLS]