Last week's sudden shutter of Uptown restaurant Heidi's has brought on employee allegations of non-payment, bounced checks, and withheld tips. There's no official response from Heidi's yet, but the restaurant's Twitter account (seemingly helmed by chef and co-owner Stewart Woodman) got into it in over the late hours of Saturday night and wee hours of Sunday morning after a Minneapolis resident, Joseph Pettini (who doesn't appear to be involved with the restaurant), tweeted a now-deleted tweet about the employees' allegations.

Here is the whole exchange between Pettini and Heidi's, as best as it can be reconstructed today, including a late comment from a Twitter account named 4teamA, which seems to have been created mostly to anonymously weigh in on the conversation. 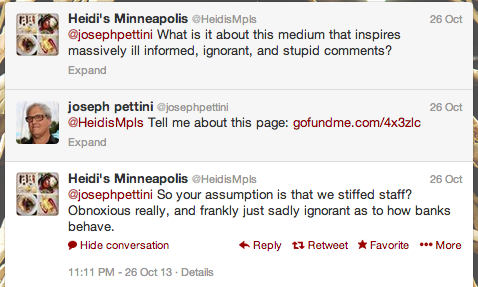 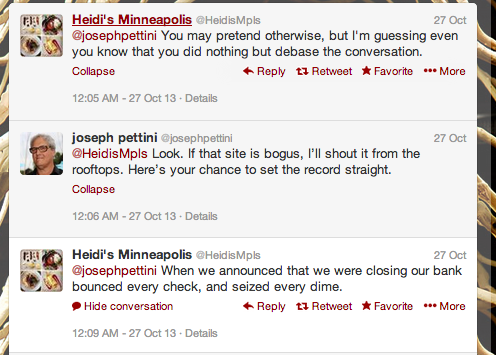 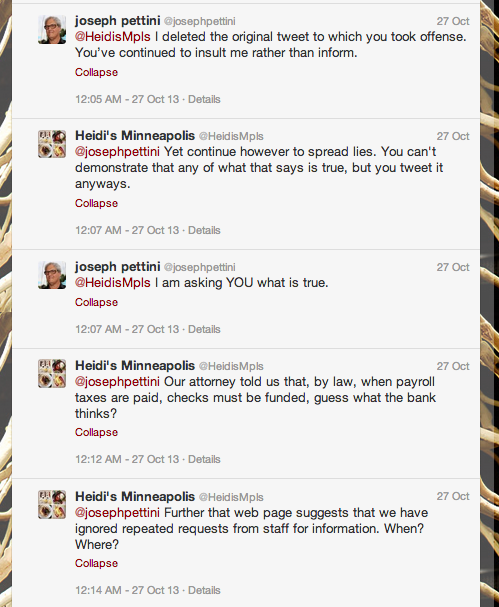 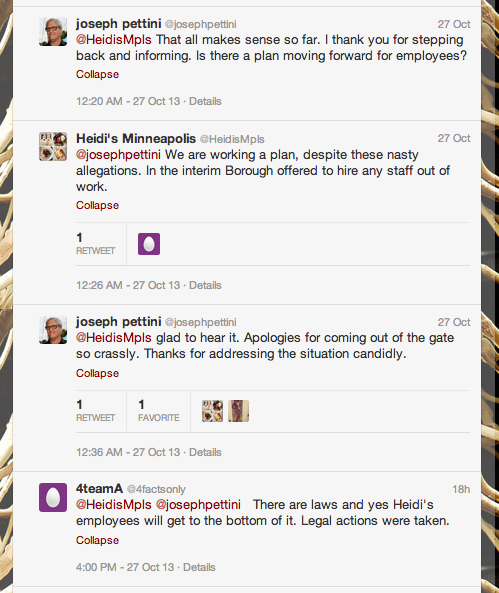