What Makes You Decide to Back a Restaurant Kickstarter?

Share All sharing options for: What Makes You Decide to Back a Restaurant Kickstarter?

It's Friday, which means it's time to hear from the crowd. Have something you want discussed among the fine Eater readers? Send it this way. 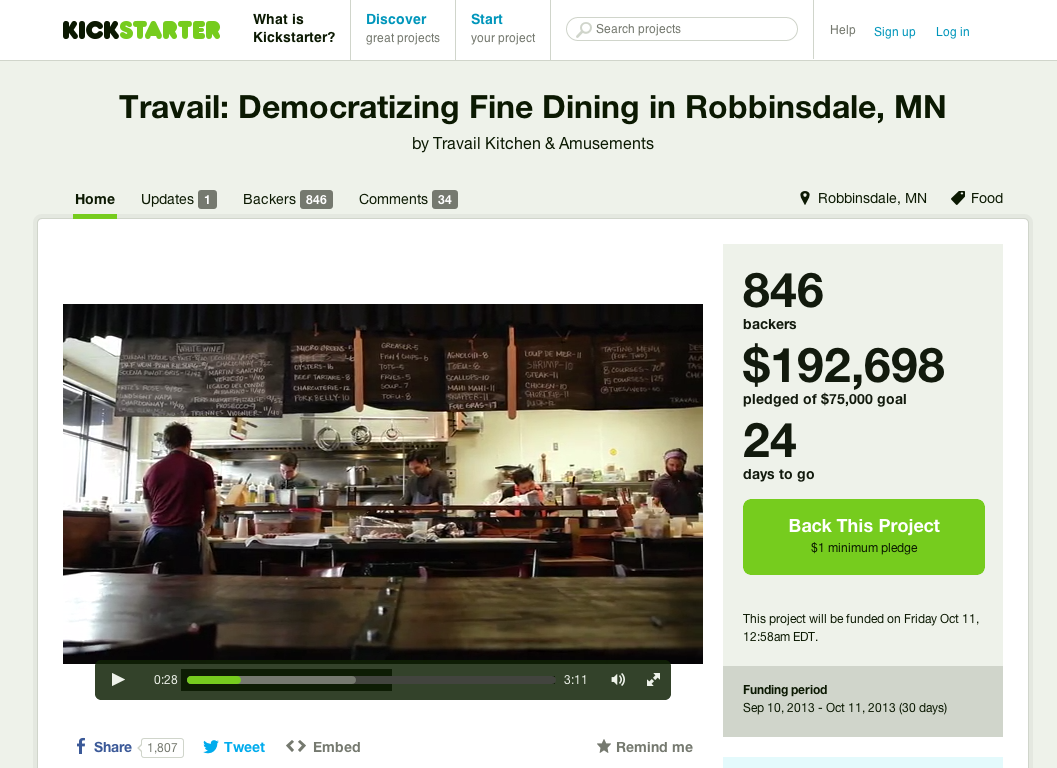 The Birchwood's Kickstarter success this week is just the latest in a season of successful restaurant Kickstarters, from recently-opened the Rabbit Hole to St. Paul's the Buttered Tin to the grandaddy of them all, Travail's epic money-raiser. So, for this week's Open Thread, we're changing things up a bit. Instead of asking about a favorite dish or drink, we're asking a more open-ended question: What makes you decide to back a restaurant Kickstarter?

Here are a few more Kickstarter questions to ponder: Are you prompted by an awesome incentive? Because you just really love that restaurant idea and want to see it get off the ground (you good samaritan, you)? And, whatever the reason, how do you decide how much money to pledge? Or, maybe you are rabidly anti-restaurant Kickstarter, and then we want to hear about that, too. Why don't you back restaurant Kickstarters? Has any particular restaurant Kickstarter really impressed/really annoyed you?

Take to the comments or to the tipline to discuss, debate, rant, and rave, and next week we'll somehow round up all your insights, criticisms, and other Kickstarter-related thoughts.
· All Previous Open Threads [Eater MPLS]