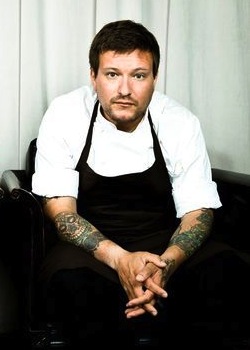 One-time Minnesotan chef Erik Anderson—who opened the much, much acclaimed Nashville restaurant The Catbird Seat in 2011—has announced that he is returning to Minneapolis, reports Nashville Scene. Before leaving the Twin Cities, Anderson cooked at the now-closed Auriga (along with Piccolo's Doug Flicker), Porter & Frye, and Sea Change, where he met his fiancée Jamie Malone, who is now the restaurant's chef de cuisine. While he was chef de cuisine at Sea Change, Anderson was nominated for a James Beard Foundation award and was named one of the finalists for Food & Wine's People's Best New Chef Midwest.

Anderson told Nashville Scene that as much as he loves The Catbird Seat, he wanted to be in the same city as Malone. He also said he was getting offers to open his own restaurant in Minneapolis, so it made more sense for him to move than for Malone to relocate. He has already set the concept and business plan for his new Minneapolis restaurant and is working on getting the financing and finding the right space. His last night at The Catbird Seat will be New Year's Eve, and he'll presumably be in the Twin Cities soon after.
· Chef Erik Anderson Leaving The Catbird Seat [Nashville Scene]
· Catbird Seat Chef Erik Anderson Leaving at Year's End [Eater Nashville]