The Heavy Table's Cecely Meller heads to the relatively newly-opened Lake & Irving in Uptown and gives a mostly positive take. The lobster tostada is "a great bite," the furikake chicken is "quite delightful with complex flavor," and the perfectly crisp mushroom fries were "the most pleasant surprise of the evening," Still, the atmosphere was somewhat lacking:

Lake & Irving's food was good, and the service was friendly, attentive, and knowledgeable, but the ambiance and lighting were less than desirable. It didn't seem like it had a cohesive concept. It was somewhat cold (all white walls); one accent wall could've gone a long way. The many, many different types of light fixtures were confusing, and the fluorescent lighting shining on us from the kitchen was less than ideal. (I had a flashback of the two-faced Seinfeld episode when Jerry's girlfriend's appearance changed based on lighting.) A simple curtain or awning would've helped our predicament — not Jerry's. [Heavy Table] 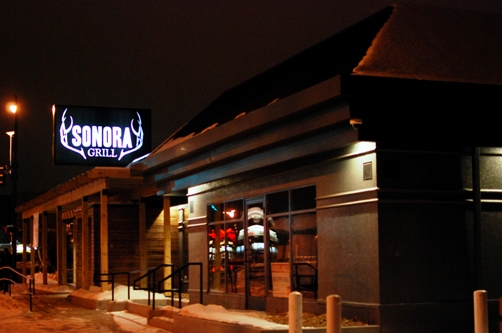 Meanwhile, over at City Pages, Joy Summers takes a first look at the extremely newly-opened stand-alone restaurant from Midtown Global Market's Sonora Grill. The early write-up mostly a factual rundown of the menu, but a couple dishes get specific shout-outs, like the beef empanadas: "made with crispy, scratch-made dough and rich, subtly seasoned beef." [City Pages]

· All Week in Reviews [Eater MPLS]