As is the tradition at Eater, our closeout of the year is a survey of friends, industry types, and bloggers. We've already covered Best Standbys, Newcomers, and 2013 in one word. Now, the Best Dining Neighborhood of 2013. Readers, please add your thoughts to the comments. 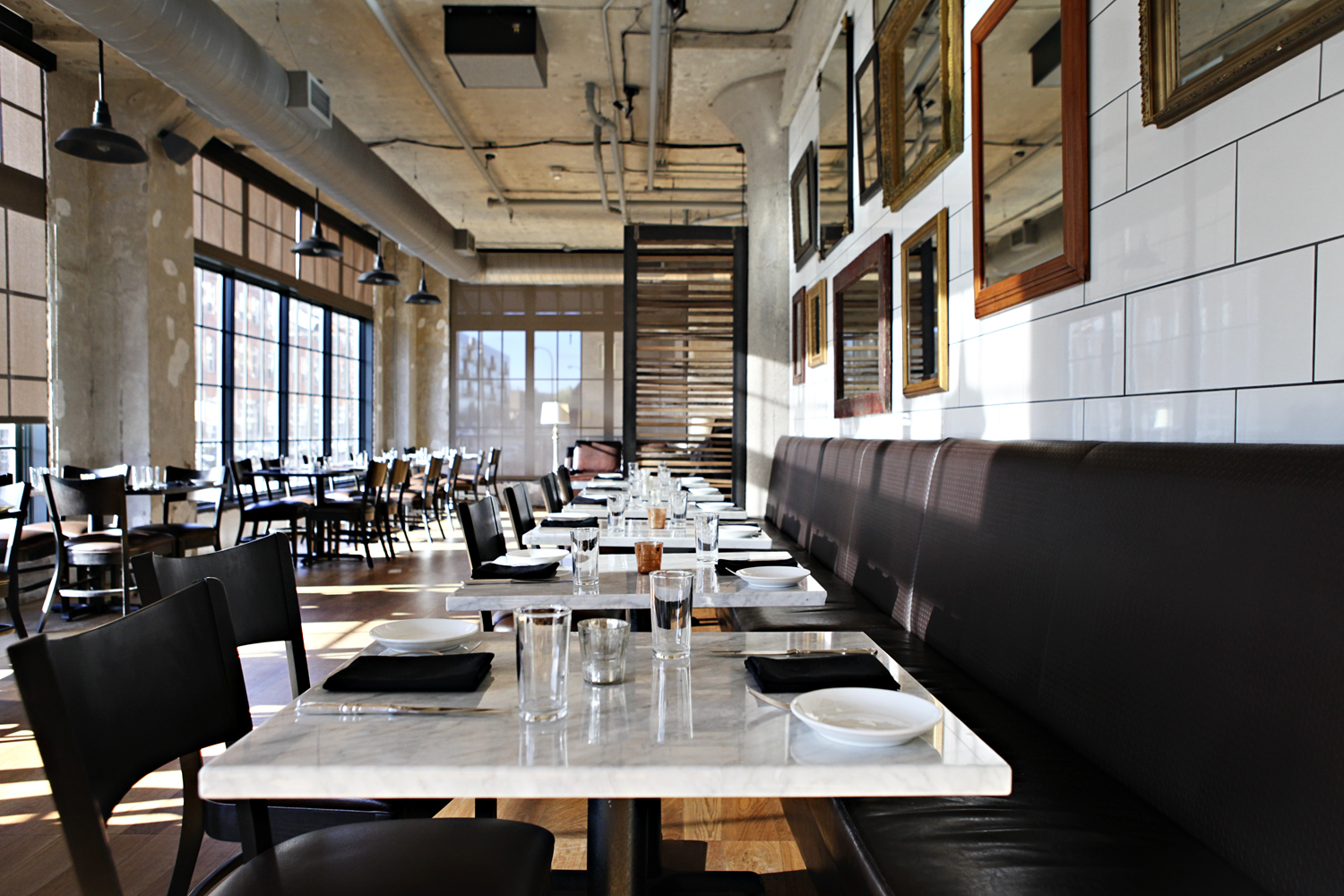 [Photo: Borough, one of the new additions to the North Loop, Katie Cannon/EAMPLS]

What was the best dining neighborhood of 2013?

Stephanie March, senior editor, Food & Dining, Mpls. St. Paul Magazine: Staying strong on North Loop, but I have to admit that Longfellow is looking a bit sassy. The thing is, though, people go to bed around there kinda early.

Emily Weiss, columnist, City Pages' Hot Dish; contributor, Growler Magazine: The North Loop continues to be the hotness, let's be honest. But I also think Rincon 38 and all the places at that intersection of 38th & Grand put Kingfield back in the spotlight. I'd like to see Seward be in this slot for 2014.

Andrew Zimmern, columnist Mpls.St.Paul Magazine; host, Bizarre Foods; owner, AZ Canteen: Longfellow is right up there, but I have to go with North Loop…just too many cool spots in a tiny area, and my truck likes it there on summer weekends. I also think theres a ton of room there for growth. The biggest head scratcher in the world is the relative paucity of eateries in Eden Prairie and the southwest side of Edina given the mammoth amount of residential growth that's there? Doesn't anyone think that all those families like to eat too? Was that too obvious a plug for some cool spots near my house?

Joy Summers, columnist, City Pages; writer, Minnesota Monthly; blogger, Eating the Minneapple
: It would have to be the North Loop. There was so much action. From Burough, to Smack Shack, there was a ton of new stuff, but favorites like B'Witched, Haute Dish and Sapor are still going strong.

Drew Wood, editor, mspmag.com; formerly Twin Cities editor at Thrillist: If by "dining" you mean "food", then it's pretty hard to ignore the North Loop's 2013 as they added Smack Shack and Borough to a street that already included La Grassa and Black Sheep. But if by "dining" you mean "beer," then Northeast-ho!

Claire Stanford, editor, Eater Minneapolis: It's clearly still the North Loop, though I think the neighborhood might be getting ready to jump the shark. A couple openings this year seem like they've been banking on the North Loop cachet to do a lot of the work for them. You still have to have a good restaurant or bar, my friends, not just a North Loop address. I doubt it's going to happen in 2014, but I'd like to eventually see Northeast or North in this spot. I'd think the NE taproom boom would help invigorate that scene. As for North, it seemed like Umami might help bring it some attention, but its shutter leaves me less hopeful.

Stephanie Meyer, columnist, Minnesota Monthly TC Taste; blogger, Fresh Tart; author, Twin Cities Chef's Table: Hmm, I'm going to say Downtown Minneapolis. Vincent, Butcher and the Boar, Sea Change, Saffron, 112 Eatery/Bar LaGrassa, La Belle Vie, Haute Dish—it's hard to top the collection of talented chefs and consistently excellent restaurants. I'd add Midtown Global Market for a spicy second place. I'm a big Sonora Grill fan, very excited for their new spot. I'm thrilled that Thomas Kim and Kat Melgaard have opened The Rabbit Hole, and wrapped The Left Handed Cook into it, and have created an opportunity for a new, vibrant vendor to test their wings. And Manny's Tortas is there. And The Salty Tart. And Hola Arepa and Dandelion Kitchen food trucks prep at Kitchen in the Market. And, and, and...there's just so much good food happening there, with more to come.

James Norton, editor, The Heavy Table: Kingfield (and the surrounding neighborhoods) in South Minneapolis has an awful lot going on, from Corner Table to Patisserie 46 to Rincon 38 to Grand Cafe to Blackbird to the upcoming Kyatchi.

Lindsay Abraham, writer, Eater Minneapolis: Can I just say all of St. Paul? The Buttered Tin, The Strip Club, Ngon Bistro, just so many great options sprinkled all over the city. I can't help but fall in love with St. Paul over and over again. For Minneapolis, I'd say Kingfield/Southwest Mpls. There's some food romance to be had at Corner Table, King's, and Piccolo.