Friends of Eater on the Biggest Dining Surprises of 2013

Share All sharing options for: Friends of Eater on the Biggest Dining Surprises of 2013

As is the tradition at Eater, our closeout of the year is a survey of friends, industry types, and bloggers. We've already covered Best Standbys, Newcomers, and 2013 in one word, and Best Dining Neighborhood. Now, the Biggest Dining Surprises of 2013. Readers, please add your thoughts to the comments. 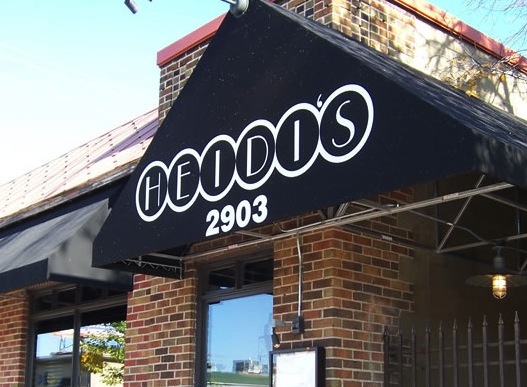 Q: What was the biggest dining surprise of 2013?

James Norton, editor, The Heavy Table: Probably The Rabbit Hole. I've always liked The Left Handed Cook, but it never blew me away—it seemed like it could be bigger, spicier, funkier, louder. The Rabbit Hole is all of that, and the setting reminds me of the kind of places I used to eat at in Brooklyn—good loud music, full tables, dark lighting, cramped quarters that offer excitement rather than annoyance. At least based on the initial opening, I think Thomas Kim and Kat Melgaard really knocked it out of the park.

Joy Summers, columnist, City Pages; writer, Minnesota Monthly; blogger, Eating the Minneapple: That some of the best arrives so early on: Burch and Borough blew me away when they opened. (In my world of publishing deadlines, they counted on last year's Best Of even though the dates of their actual opening were 2013.)

Stephanie March, senior editor, Food & Dining, Mpls. St. Paul Magazine: Fika…in that I never thought ASI would be such a hot spot for happy hours and that open-faced sandwiches would woo so many.

Emily Weiss, columnist, City Pages' Hot Dish; contributor, Growler Magazine: This is very recent, but I was pleasantly surprised at the re-vamp of the Mill City Cafe, the Mill NE. The dinner menu is full of adventure: poi, octopus confit, chicory calamari, sunflower tomatillo salsa, tempura honshimeji mushrooms...definitely not playing it safe, but it's not inaccessible either and the price points are very reasonable.

Drew Wood, editor, mspmag.com; formerly Twin Cities editor at Thrillist: How good the fellas at Travail are at making pizzas. Then again, those dudes are good at everything, so go figure.

Lindsay Abraham, writer, Eater Minneapolis: The whole Travail thing. It was a lot of fun watching it unfold. From closing their doors, to the Kickstarter thing, to Umami. Fascinating.

Jason DeRusha, anchor, WCCO; contributing editor, Mpls.St.Paul Magazine: It hasn't opened yet, but I am surprised to see the Meritage team of Russell and Desta Klein expanding into a handful of new concepts in Minneapolis. I think it'll be great, I just did not see that one coming. Also, Heidi's.

Andrew Zimmern, columnist Mpls.St.Paul Magazine; host, Bizarre Foods; owner, AZ Canteen: TIE: The incredible growth BOOM of quality restaurants, small, chef/owner operated, taking risks and focusing on real food. Several years ago it seemed we had topped out in that category and were doomed to be a chain restaurant megalopolis.That was a surprise to me despite predicting it several years ago. I always wondered when young restaurateurs would open where people lived and away from our downtowns and shopping zones and we saw a lot of that. The complete shuttering of Stewart Woodman was a surprise. Here is a bright and talented guy who scaled up and added Birdhouse to his restaurant portfolio and in a matter of months ended up shuttering both his restaurants.

Claire Stanford, editor, Eater Minneapolis: I'm going to say Heidi's—not so much that it shuttered, since that seemed in the works for a little while—but rather the employee response and eventual lawsuit that followed. It will be interesting to see how it all shakes out.

Several Minneapolis Restaurants Band Together to Sue Against Vaccine Mandate