Experts Dish on Their 2013 Restaurant Breakups

Share All sharing options for: Experts Dish on Their 2013 Restaurant Breakups

As is the tradition at Eater, our closeout of the year is a survey of friends, industry types, and bloggers. We've already covered Best Standbys, Newcomers, and 2013 in one word, and Best Restohoods, Biggest Surprises, and Best Meals. Now, Breakups. Readers, add your 2013 heartbreaks to the comments. (Seriously! We all want to hear your breakups, too.) 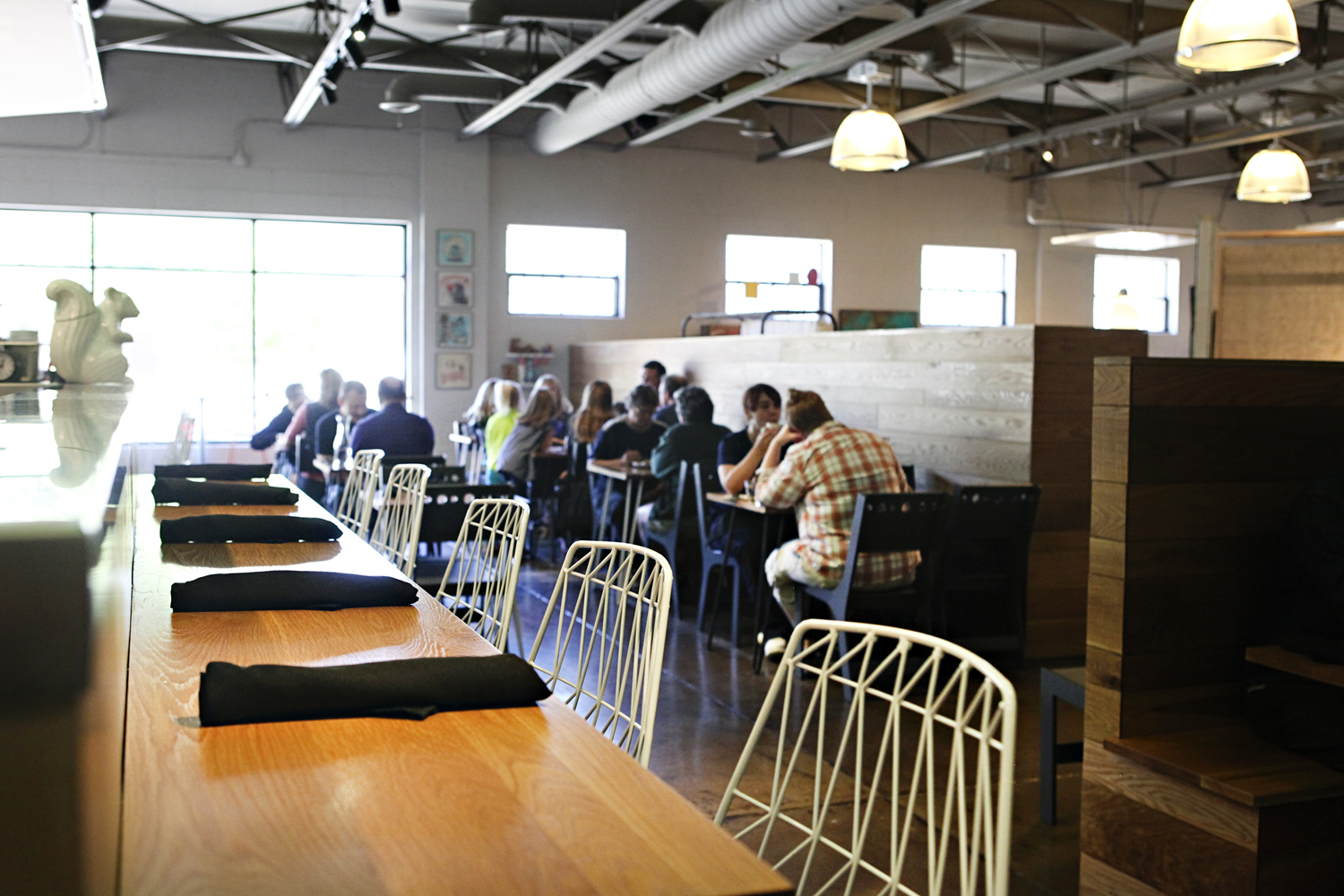 [Photo: Parka, broken up with twice this year, Katie Cannon/EAMPLS]

Q: Which restaurants, if any, did you break up with this year? Why?

James Norton, editor, The Heavy Table: Parka. And it really feels like a breakup. I fell hard for this place, and then a series of overpriced, undersized, inconsistently prepared dishes and a number of service snafus shook my confidence. It's in my neighborhood, so I'm constantly asking people if they've been and how it was, because I would dearly love to get back together with it—there's a ton of potential, and its first month or so was really stellar.

Joy Summers, columnist, City Pages; writer, Minnesota Monthly; blogger, Eating the Minneapple: It was touch and go for me and Parka. The service had deteriorated and the menu changed radically from when they first opened. Luckily, they adapted. It's now counter service and comfort food. The dishes aren't quite so dazzling, but they have a wonderfully luscious beef stew and fries worth driving across town for.

Claire Stanford, editor, Eater Minneapolis: I hate to say it, but for me, it was Victory 44 this year. I was really looking forward to my dinner there, and then the pacing was so erratic (dinner took twice as long as they said it would at the beginning, sometimes with 30 minutes between courses), which I can handle for the sake of the food. But the food often came out inexplicably lukewarm, oversalted, and sometimes quite gummy in texture. Maybe I just hit an off day, since I know many people swear by it, but I won't be replaying the ten-course tasting menu anytime soon (though the dessert course was excellent).

Jason DeRusha, anchor, WCCO; contributing editor, Mpls.St.Paul Magazine: Hard to say, as me being a regular might means six to eight visits a year. I'd say Eat Street Social: love the bar and the cocktails, but the food has let me down one too many times. Last time I was there I ordered an $8 mixed green salad with manchego fondue, they delivered it and told me the kitchen was out of the fondue. No chance to pick a substitute, no discount—just odd.

Stephanie March, senior editor, Food & Dining, Mpls. St. Paul Magazine: I'm breaking up with Bradstreet for a while. The attitude at the door has been a bit off-putting, the velvet rope goes up if there are no more seats open, God forbid your friend shows up a few minutes after you. It's not a bar they want you to hang out in.

Rick Nelson, restaurant critic, Star Tribune: I have finally accepted the fact that I am probably never going to find a compelling and satisfying takeout dinner at Whole Foods Market or at my neighborhood natural foods co-op.

Drew Wood, editor, mspmag.com; formerly Twin Cities editor at Thrillist: I kinda feel like UMAMI broke up with me. Why? Well, they're the ones who left, so why don't you ask them?!

Andrew Zimmern, columnist Mpls.St.Paul Magazine; host, Bizarre Foods; owner, AZ Canteen: I wish I dined out more in the Twin Cities so I could have more places to break up with, I am still trying to get to more of them. I will say I think that the Saint Paul Hotel needs someone to come in and make the best steak house in America in that space. I think that room is beautiful, needs some sprucing but it's a stunner in the best location in the city and there should be a world class restaurant in that space…think of something like Canlis in Seattle meets Keen's in NYC…that would work there…that concept would be perfect for them. Same with the Hilton's dining room in Minneapolis, and several other hotels around the city. They need to step it up and get relevant again. And of course there is still not a single really good Jewish deli, true BBQ, or Korean BBQ spot in town either…it kills me.

Emily Weiss, columnist, City Pages' Hot Dish; contributor, Growler Magazine: Well Heidi's closing really sealed the deal on that rocky relationship. I hadn't been there in at least a year before they shut the doors, though. There's another one that I don't want to call out by name. I'll still go to it just for drinks, but will always elect to eat somewhere else. More so than last year, I find myself getting irked by lack of basic service standards more than the execution or creativity of a particular restaurant's food. Say something other than "ready to order?" when you greet a table, you know? And offer coffee with dessert. This is Minnesota.

Lindsay Abraham, writer, Eater Minneapolis: (I'm going to preface my answer by saying that I get that there's ALL sorts of drama surrounding those involved in this restaurant but here we go anyway…) I feel like I got dumped by Heidi's. I flirted around with younger, hotter restaurants and next thing you know, the very week I planned on going back, there was a literally a note on the door telling me it's over. So, there I stood, tummy growling, thinking about lobster pappardelle and the good times we had. Whatever, I'm over it.