Share All sharing options for: Friends of Eater Offer Headline Predictions for 2014

As is the tradition at Eater, our closeout of the year is a survey of friends, industry types, and bloggers. We've already covered Best Standbys, Newcomers, and 2013 in one word, and Best Restohoods, Biggest Surprises, Best Meals, and Breakups. Now, finally, Headline Predictions for 2014. Readers, please add your thoughts to the comments. 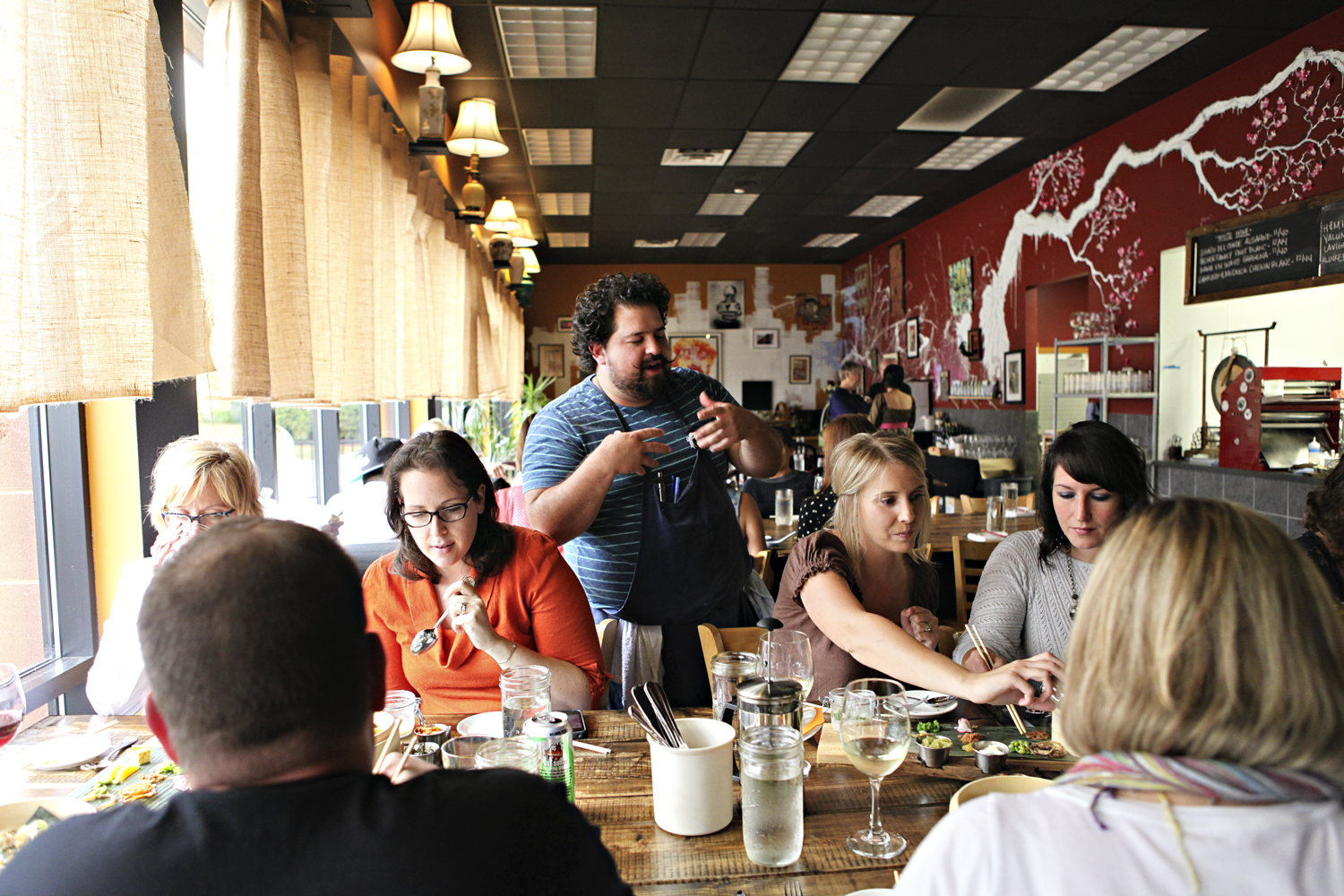 Q: What are your headline predictions for 2014?

Jason DeRusha, anchor, WCCO; contributing editor, Mpls.St.Paul Magazine: Travail Adds Servers: maybe this is wishful thinking, but when the new Travail opens they'll be under the watchful eye of the national food world. I want them so badly to succeed, because the energy they brought to the scene here is unreal. I think the chefs still need to "serve," but they could hire a couple front of house people to make the experience more smooth. A chef delivers food and explains it...Servers take orders, take beverages? To be the best in the nation, dirty wine glasses, and sloppy service probably isn't going to cut it.

Giant Kickstarter Campaign Fails: inspired by Travail and Birchwood Cafe's success, several places will try and fail to raise $35,000 or more. Kickstarter will continue to succeed, but The Buttered Tin model ($10k or so) will be most successful.

Several Twin Cities Bakeries Will Close: I think we may be over-bakeried.

Personality-Dominated Restaurants Open New Concepts: will they succeed? watch the Niver/Fratzke Lowertown opening, the Kleins in Minneapolis. Who will be next? Everyone wants to be Isaac Becker—a guy behind three blockbuster restaurants, who people don't expect to be standing there greeting them at the door.

Cider Is The New Beer

Tea Is The New Coffee

Gin In The New Bourbon

James Norton, editor, The Heavy Table: The Kleins Take Minneapolis [referring to the various Russell + Desta Klein projects]; Sonora Grill Gets Its Due [referring to the opening of its stand-alone restaurant on East Lake Street]; Micro-Distillers Find Their Sea Legs [I think some of the boom is going to shift from beer to distilling and cider in 2014]

Andrew Zimmern, columnist Mpls.St.Paul Magazine; host, Bizarre Foods; owner, AZ Canteen: If I knew what I was talking about I would get real serious here...I hope you will see someone do a great vegetarian restaurant, really food forward, I think that would be something to behold if done the right way. And I wish someone could do a miniature version of a place like Eataly, but not necessarily Italian. Wouldn't a 'quality first' global food hall of some kind really put a swing in your porch??

Claire Stanford, editor, Eater Minneapolis: The return of Erik Anderson (from Nashville's Catbird Seat) ups the Twin Cities' national profile; the success of the Rabbit Hole and Sonora Grill's stand-alone restaurant prompt more experimentation with "ethnic" cooking (or at least this is my great dream and hope); more taprooms open every day of the week (please?)