Share All sharing options for: Butcher & the Boar Crawdad Festival, Summer Beer Dabbler, Cocktails at the Castle, and More

Looking for something to do this weekend? Here are five choice dining events going on around the Twin Cities:

1) Butcher and the Boar Crawdad Festival (& Beer Bash)
When: Sunday, 3 to 11 p.m.
Where: Butcher & the Boar
What: This month's B&TB beer bash is also a crawdad festival complete with Abita beer and live music. Not only can you get some boiled mud bugs caught locally from Chef Riebel and friends, but Travail Kitchen and Amusements is having a pop up food booth. The event will be in the beer garden and you can find more information here. 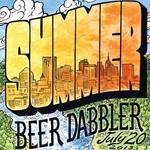 2) The Summer Beer Dabbler
When: Saturday, 1 to 5 p.m.
Where: Upper Landing Park
What: In its 5th year, the Summer Beer Dabbler moves to its new site along St. Paul's downtown riverfront. Sample craft beer from more than 65 local, regional, and national breweries. There will also be food trucks (Natedogs, Vellee Deli, and Hola Arepa - to name a few), live music, and educational beer events. Check out the Dabbler website and get ticket info here. 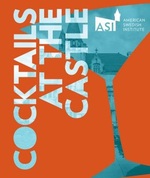 3) Cocktails at the Castle
When: Thursday, (July 25th) 7 to 11 p.m.
Where: American Swedish Institute
What: ASI is having its second Cocktails at the Castle event of the summer by putting a contemporary Minnesota spin on the Swedish tradition of a hyttsill - where folks gather to watch glass artists create, while sharing food and drink. This is a full night of glass blowing, outdoor games, and live music. There will be food and cocktails by FIKA, ice cream from Pumphouse Creamery, and brews from Indeed. Advance tickets $10 or $12 at the door for this 21+ event. 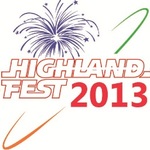 4) Highland Fest
When: Friday through Sunday
Where: Highland Park
What: The St. Paul neighborhood celebrates the 30th anniversary of its festival with art fair, live music, rides, and much more. Haskell's is hosting a craft-brew and wine tasting event (Friday from 5 to 8 p.m.) and you can grab food items from places like AZ Canteen, Blue Door Pub, and El Burrito Mercado at this free 3-day festival. For maps, festival hours, and other information, check out the festival's website.

Also of Note: Excelsior Brewing is celebrating its first "beerthday" at the taproom with beer, live music, and games (Sunday noon to 11 p.m). Urban Growler Brewing Co. invites you to stop in for an open house complete with beer sampling (Friday 5 to 8 p.m.). Lift Bridge Brewing is having a Beer Dabbler after-party at Eagle Street Grille (Saturday, 6 to 9 p.m.). The fourth annual Brew Love event brings beer sampling and food pairings to The Depot (Tuesday, 5 to 8 p.m.). Get your Bacon Fest tickets now and check out Fulton's upcoming beer dinners.