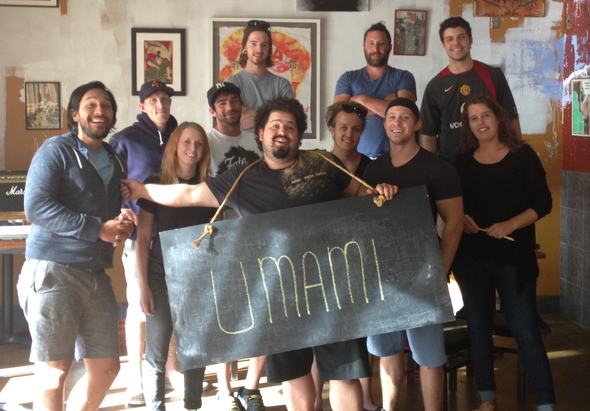 After weeks of anticipation, tonight is opening night for Travail's North Minneapolis pop-up restaurant, Umami. Instead of taking reservations, the pop-up is selling tickets to Wednesday through Saturday seatings at various times throughout the night. The $40 ticket price includes a ten-course tasting dinner, tax, and tip; wine, beer, and sake are also available for purchase. The tickets will be released in two-week batches through Umami's run, and the first batch (ending Saturday, September 28) is already sold out. If there's ever a night that's not sold out, walk-ins will be accepted; take out is also available.

The Travailians expect to keep Umami open through at least the end of October, though there's some talk that they may try to extend its run or may even use some of the surplus from their epic Kickstarter campaign to make it a permanent restaurant.
· Umami by Travail Tickets [Tempo Tickets]
· All Coverage of Umami [Eater MPLS]
· All Coverage of Travail [Eater MPLS]