Asking a brewer to choose his favorite beer might be like asking a parent to choose their favorite child. But we cornered these nine Twin Cities brewmasters and forced them to pick just one of their own beer-y creations as their favorite pint and tell us why. Here's what they said. 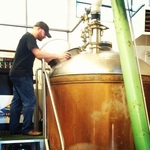 1) Flat Earth Brewing Company
Who: Bob Roepke
Beer: Cygnus X-1 Porter (hints of chocolate, biscuit, and all-around roasty-ness with just a touch of smoke)
Why: "It's just my favorite. I think people should drink porters all year round."

2) Dangerous Man Brewing Company
Who: Rob Miller
Beer: Chocolate Milk Stout
Why: "I have always loved dark beers and in creating this one, I wanted to capture the rich, dark, roasty flavors of the malt but make the beer light in body and easy to drink. This is a beer I enjoy all year round. I love the strong milk chocolate aroma and the chocolate flavor comes through even more in the first sip. If you haven't tried it, I love this beer in the middle of summer with a scoop of vanilla ice cream." 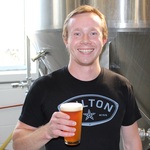 3) Fulton Brewing
Who: Mike Salo
Beer: The Ringer (American Pale Ale)
Why: "It's my favorite because it is a good example of Fulton's brewing style: despite being hop forward it is not overly bitter, it is well balanced, is good any time of the year, and is very session-able. Also, it was the first beer here at Fulton that I was involved in the development of the recipe, so that makes it a special beer for me."

4) Surly Brewing Co.
Who: Todd Haug
Beer: Bitter Brewer
Why: "Low alcohol but with lots of flavor so I can drink it all day during waking hours. The Bitter Brewer recipe is based on the original pre-pale ale style called Bitter, originating in the UK." 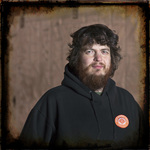 5) Indeed Brewing Company
Who: Josh Bischoff
Beer: Hot Box (smoked porter)
Why: "This beer was in my head for a long time, 8+ years. From the beginning I didn't feel like the commercially available smoked malts had the character I was looking for, so decided to save it for the right time. Fortunately a good friend of mine, Jaimie Robinson, opened a brewpub/smokehouse, which set up a great opportunity for a collaboration between 2 new breweries." 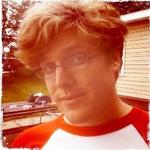 6) 612 Brew
Who: Adam Schill
Beer: Zero Hour Black Ale
Why: "I generally really enjoy most dark styles, my favorite style overall being Schwarzbier. Flavor contributions from dark malts in styles that are more seasonably accessible open up a lot of interesting possibilities. I'm not the hop head I once was."

7) Bad Weather Brewing
Who: Zac Carpenter
Beer: Windvane Red Ale
Why: "I enjoy all types of beer and hate to relegate myself to one style. Windvane is nice because it covers all my bases. Tons of hops and bright citrus and resinous flavors come through, but the malt bill is just as interesting. Layers of caramel, chocolate and spicy rye come through this beer. Complex and delicious!" 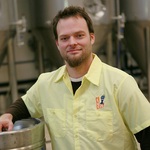 8) Lucid Brewing
Who: Eric Biermann
Beer: Dyno (American Pale Ale)
Why: "Dyno is a great easy drinking pale ale. Enough hops to satisfy my hop fix, but balanced enough with the malt, so I can enjoy several at a time. Also, at 5.5% ABV, I'm not totally blasted after having several." 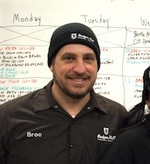 9) Badger Hill Brewing Co.
Who: Broc Krekelberg
Beer: Foundation Stout
Why: "This is the beer that got us brewing and great example of the balance we try to achieve in our beers. A malty roast that hints of coffee, chocolate and caramel and is finished off with just the right amount of American hops. If I had to have one last beer, this would be it!"
· The Essential Guide to Twin Cities Taprooms, May '13 [Eater MPLS]