The beer-price saga continues at new North Loop restaurant/brewery The Freehouse. Shortly after opening, the brewpub gained attention for charging $7 for tallboys of Coors Light, PBR, and other "guest cans" of beer while charging $6 for their own house brews. Yesterday, a reader pointed out that they are no longer offering many of the guest cans, they've adjusted pricing on the remaining cans, and they have knocked down prices on guest tap brews.

Coors Light, Grain Belt, PBR, and Bud Light are no longer listed on the menu and have been replaced with non-domestics, Boddingtons and Stella Artois. The pricing for guest taps has also been adjusted. Previously, the brewpub was charging $8 for all guest taps but the menu is currently reflecting a $6-8 price range depending on the beer.

Here's a screenshot of the earlier menu: 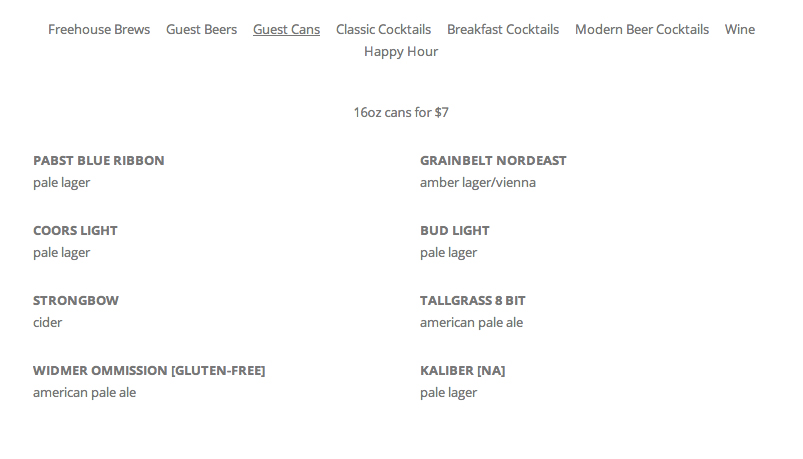 [Screengrab of previous menu: The Freehouse]

The pricing debacle gained national attention questioning why the brewery would even include those beers on the menu in the first place, calling it a "novel marketing idea".

Notice something strange on a menu? Let us know by emailing the tipline.

Where to Find Sufganiyot for Hanukkah in the Twin Cities