Here's the Menu from Biden's Dinner at Bachelor Farmer

Share All sharing options for: Here's the Menu from Biden's Dinner at Bachelor Farmer

Vice President Joe Biden was in town yesterday for a private fundraiser for the Democratic National Committee, hosted at North Loop restaurant The Bachelor Farmer. Owned by Eric and Andrew Dayton (sometimes also known as the sons of Governor Mark Dayton), the restaurant also hosted a lunch for President Obama in 2012. According to the Star Tribune, the suggested donation to attend last night's dinner topped out at $32,000.

Before the dinner, Biden also stopped at nearby coffee shop Moose & Sadie's to meet with a group of Minneapolis women and thank them for their support of the Affordable Care Act, reported the Star Tribune. 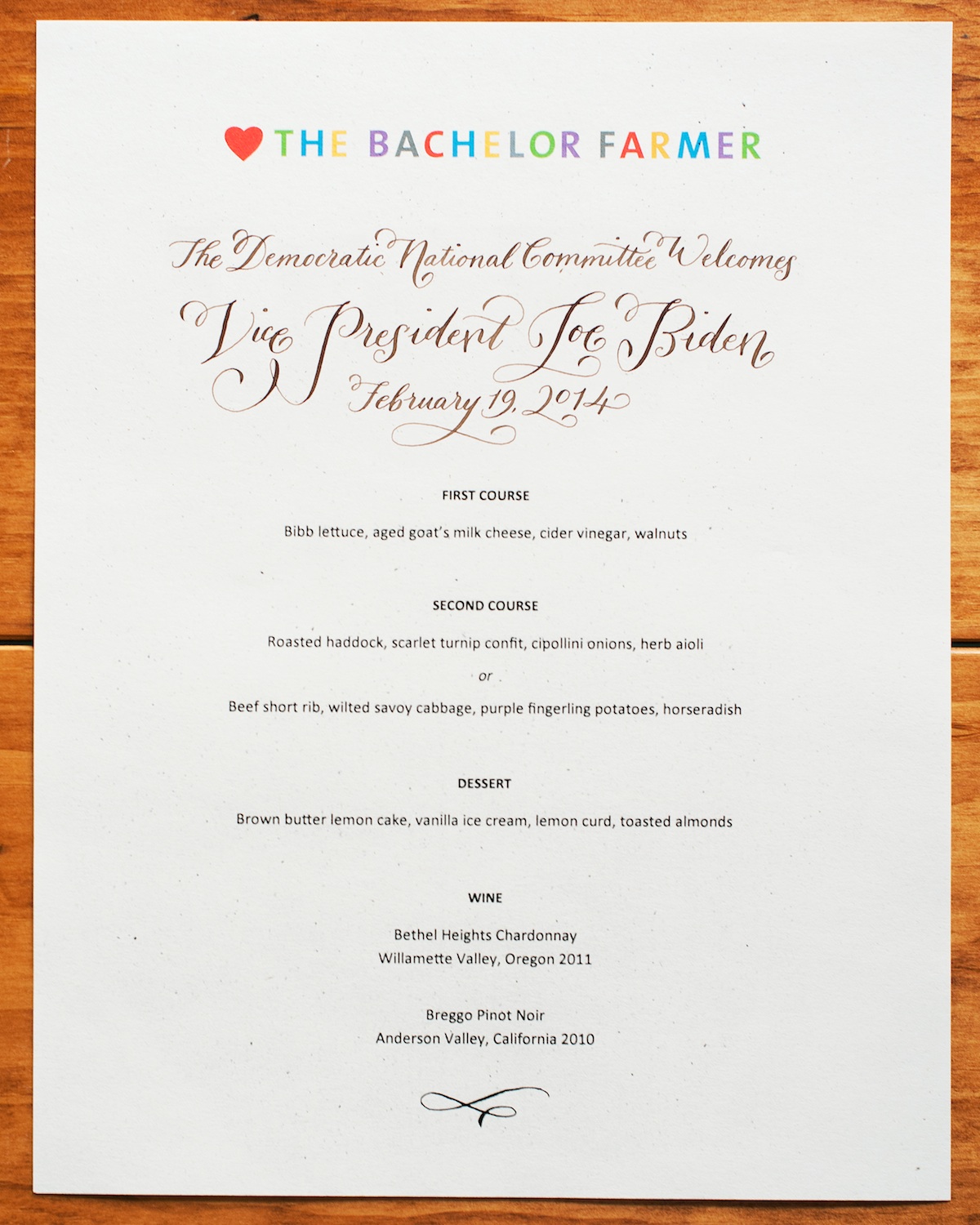 Where to Eat at Minneapolis St. Paul International Airport (MSP)

By Joy Summers and Tierney Plumb