Take a Peek at Heyday's Progress, Opening in April

Share All sharing options for: Take a Peek at Heyday's Progress, Opening in April

Got some photos of a restaurant-in-progress? Send them this way. 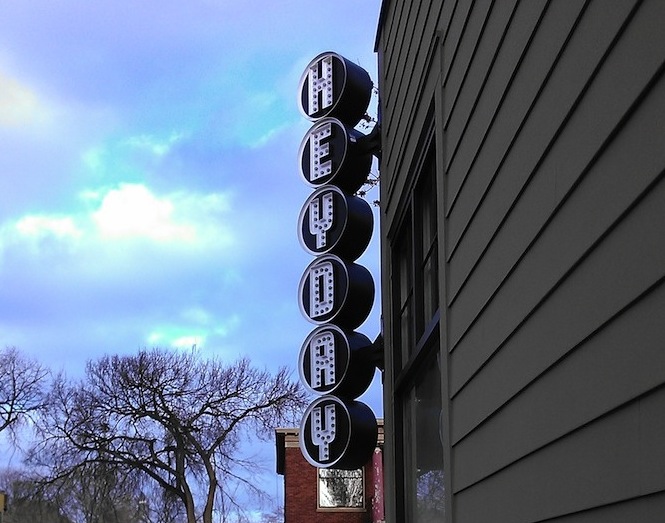 Much-anticipated Uptown restaurant Heyday, the new spot from former Union chef Jim Christiansen and former La Belle Vie frontman Lorin Zinter, is moving right along with its renovations and is on schedule to open in April. Yesterday, Eater Minneapolis stopped in to check out the progress.

The space, located at 27th and Lyndale, is split into a dining side with an open kitchen and a separate bar side with communal tables. So far, it features lots of reclaimed wood, exposed brick, chandeliers, and communal tables, as well as some smaller touches like plates from San Francisco's Heath Ceramics and purse hooks on the bar (something of an inside joke between Heyday and The Strip Club's Tim Niver on Twitter).

Zinter and Christiansen stayed tight-lipped about the food menu but said that Britt Tracy (formerly of Parlour and Marvel Bar) will be heading up the cocktail program. The beer selection will focus largely on local beer including possible selections from Fulton, Flat Earth, and Bad Weather; there will be two tap-lines and a solid selection of bottles and cans, as well as a very likely option to order growlers.

Christiansen and Zinter have set an April opening date for the 110-seat restaurant, but they're not sharing it with the public just yet.

Editor markup for Heyday Plywood Report. This is only visible in the story editor.