Boneyard Opening in Uptown on Friday; Here's a Peek at the Fry-Filled Southern-Inspired Menu

Share All sharing options for: Boneyard Opening in Uptown on Friday; Here's a Peek at the Fry-Filled Southern-Inspired Menu

Boneyard—the latest restaurant from the Kaskaid Hospitality Group (which also owns Union, Uptown Urban Eatery, the new Figlio, and the entire Crave empire)—is set to open in the old Old Chicago space in Uptown on Friday, according to a banner posted outside the still under-construction building. The restaurant's name was chosen via a crowd-sourced contest last summer, in which the runners-up were the extremely-similar and hen-themed names Henn Haus and Hen House.

The restaurant's website is up and running and describes Boneyard thusly:

"Y'all ready for a culinary trip across the American South?! Pee-Paw always said 'do somethin' right or don't do nothin' at all.' Pee-Paw's not a man you want to disappoint, so we're bringing Southern Hospitality to Uptown with Passion, Pride, and a heap of Family Tradition!" 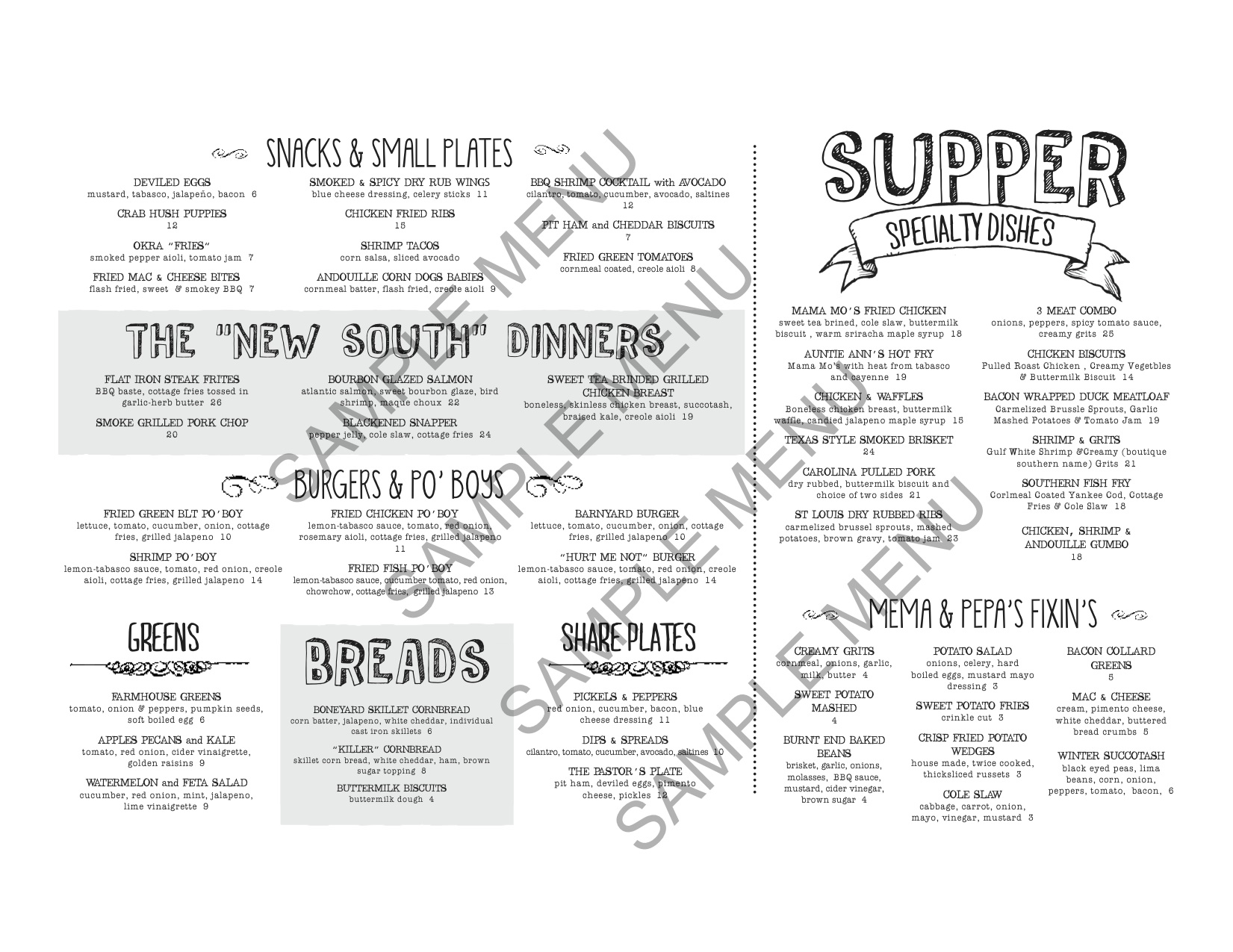