Get the Scoop on Bauhaus Brew Labs, Opening in June

Share All sharing options for: Get the Scoop on Bauhaus Brew Labs, Opening in June

Got some photos of a brewery-in-progress? Send them this way. 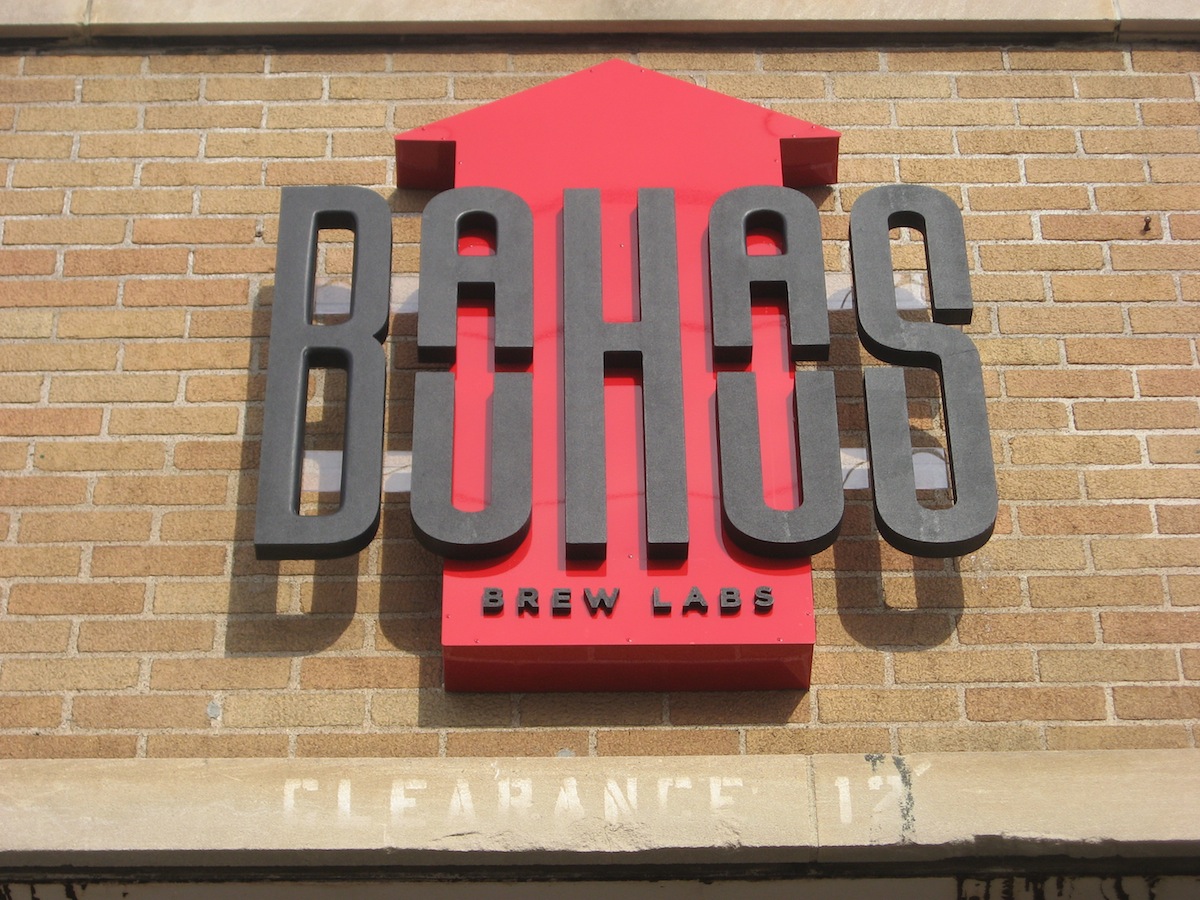 This summer, beer fans can add another brewery/taproom to their weekend Northeast brew crawls: Bauhaus Brew Labs, which will be opening at the Crown Center at 1315 Tyler Street sometime in June. So far, the new brewery had been keeping details under wraps, but Eater Minneapolis stopped by recently to check out the under-construction spot and get the scoop on what to expect from the new kid on the Northeast brewery block.

Next, the people. Bauhaus is a family-run brewery, founded by lots of people with the last names Schwandt and Haines. At the heart are three brothers: Matt Schwandt (president and brewer), Mike Schwandt (who, along with his wife Maura Schwandt, runs communications and marketing), and Mark Schwandt (sales and distribution). Matt's wife Lydia Haines is the vice president, her father Howard Haines is the fellow brewer, her sister Leah Haines runs brewery operations, and her mother Kathryn Haines takes care of the financials.

The Bauhaus team also has lots of extras planned, including a stage for live music and karaoke, trivia nights, movie nights, and possibly cheesy gameshow nights. The three Schwandt brothers also play together in a cover band.

The brewery/taproom should be opening sometime in June, which is also when Bauhaus is hoping to start getting on tap at local bars and restaurants. They'll be rolling out cans of their beer in liquor stores in July. They're also planning to launch a Kickstarter sometime this month.

Editor markup for Bauhaus Brew Labs Plywood Report. This is only visible in the story editor.