Tonight's Game of Thrones-themed dinner at Smack Shack is sold out, but you can still feast your eyes on the five-course menu, which has nary a lobster roll to be seen. Instead, the menu focuses on legs of meat (with both a goose leg confit and a roasted bison leg), with each course paired with a different beer from Brewery Ommegang, concluding, of course, with the brewery's Game of Thrones-themed (and HBO-sanctioned) Fire and Blood, which features notes of ancho chilies and rye.

Fire and Blood is the third Game of Thrones-themed beer from Ommegang. The first two, Iron Throne (a golden ale) and Take the Black (a stout), were released last year. The brewery is releasing two beers a year tied to the television show. 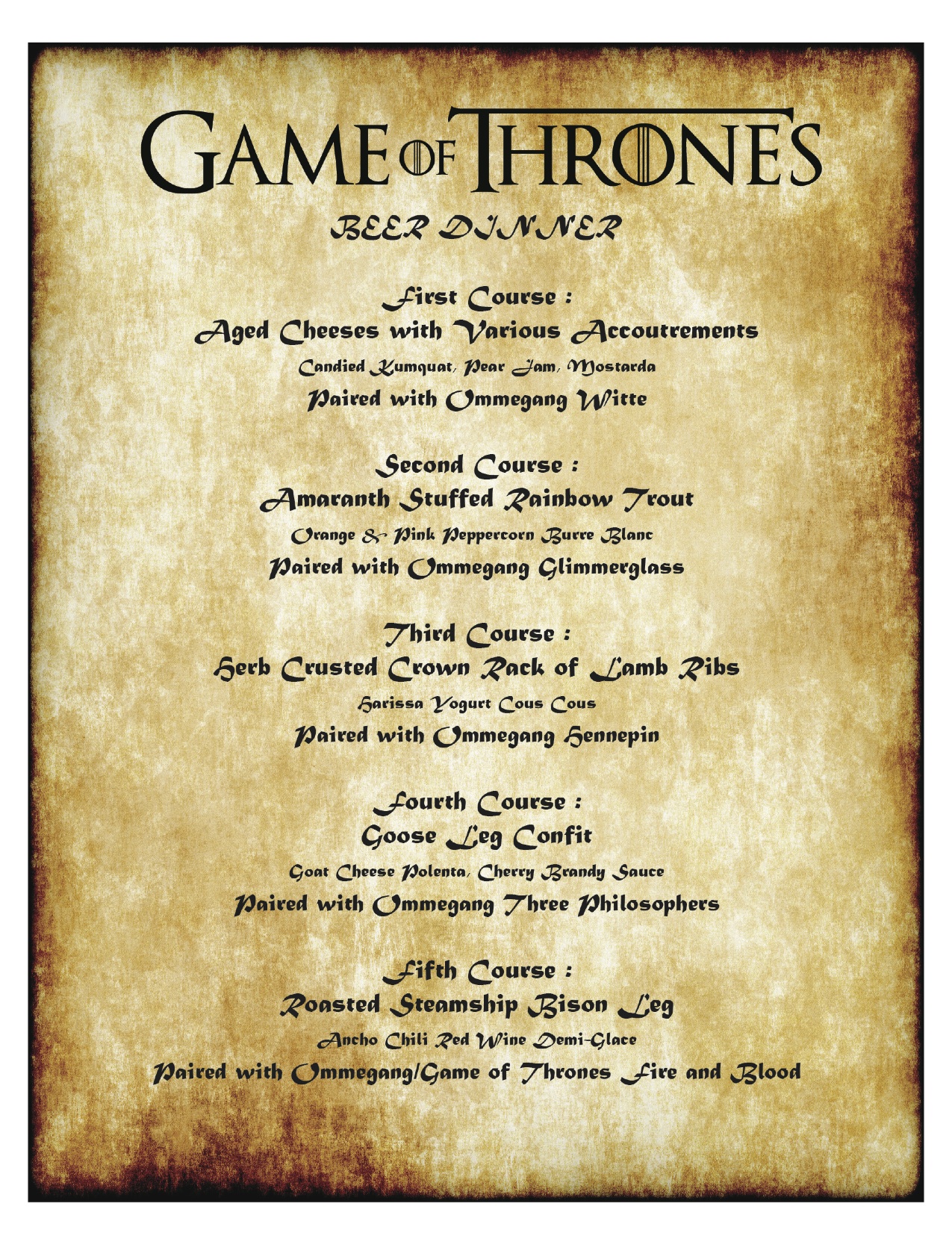