Share All sharing options for: 7 New Food Trucks Hitting the Streets This Season

While the weather outside today may be anything but food-truck-friendly, it will be food truck season in Minnesota someday (a day soon, hopefully). Trucks are already gearing up for the much-awaited summer season and lunch and taproom options will be a plenty. Mingling with the veteran trucks are these seven new mobile eateries, some of which have already started hitting the streets.

So without any further ado, here's a handy guide to the Twin Cities' newest food trucks, serving up everything from wood-fired pizza to BBQ to zombie bites.

Do you know about another new food truck hitting the streets this year? Let us know in the comments or by emailing the tipline.

1) Tru Pizza: Owner Jason Montgomery got the idea for his truck Tru Pizza about a year ago. Now, with the truck launching June 1, he says his secret is in the dough, which he has finally nailed after much experimentation. Plus, he's also been trying out gluten-free and multi-grain dough options. In addition to that killer dough, the truck will feature organic and locally sourced ingredients (think: wood-styled Neapolitan pizza with a house fennel sausage or a fire-roasted onion pizza), and there will also be fresh salads, "salad on a stick" (wha?), and focaccia bread pizzas, with prices ranging from $5.50 to $8.50. Why pizza? "It's the perfect, simple food," says Montgomery.
[Image: Tru Pizza Facebook Page]

2) Grill Works Truck: A new American-style grill eatery, Grill Works Truck, will be popping up by mid-May, with the tagline: "Where the diner meets the streets." Owners Will and Amy Cave have creative names for their burgers, like the "Pacifier," which has cheese, spam, bacon, eggs, and other toppings. There's also the "Outlaw," which is a burger with pepper jack cheese, green chilies, fried onions, bacon, and eggs. In addition to those burgers, the truck will also be serving desserts, like crème brûlée.
[Image: Grill Works Truck Facebook Page]

3) Big Brother Almighty BBQ: If smoked barbecue tingles your taste buds, then check out Big Brother Almighty BBQ. Owner Kenneth Frazier says he expects to be out by April 28 serving "Minneapolis-style" smoked meats, sides like macaroni and cheese, burgers, and more. Prices will range from $7-12, and the mobile eatery will be rolling around Minneapolis, St. Paul, and Brooklyn Park.
[Image: @BBAlmightyBBQ]

4) Undead Frank's Zombie Bites: This truck, owned by Psycho Suzi's, started at the end of 2013, but this will be its first summer serving zombie bites to the masses. Offering up some of the retired menu items from Suzie's, the food truck normally parks at the restaurant's North Minneapolis sister pub Donny Dirk's Zombie Den.
[Photo: Undead Frank's Facebook Page] 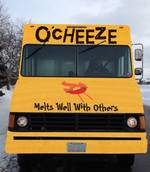 6) Butcher Salt: The owner of Butcher Salt, Jean Hutar, started her food truck—focused on food seasoned with, what else, butcher salt—back in February. Business has been picking up, and some of the truck's most popular menu items include the sliders and the "Ranger"—a grilled roast beef sandwich with onion, peppers, and chipotle cheese sauce.
[Photo: Butcher Salt Website] 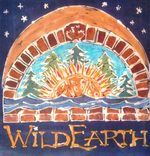