Dan Oskey OUT at Strip Club, IN at Hola Arepa

Share All sharing options for: Dan Oskey OUT at Strip Club, IN at Hola Arepa 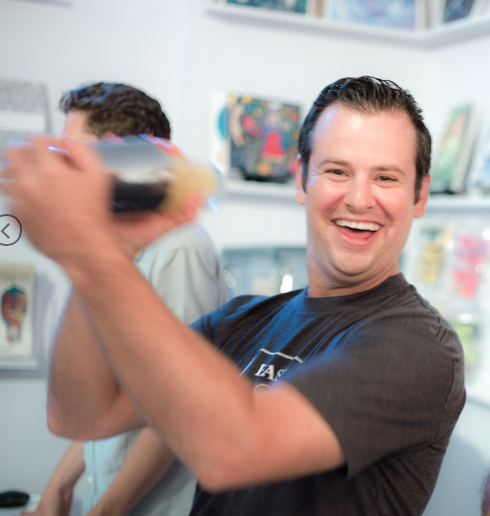 Twitter was abuzz over the weekend with the news that Dan Oskey will be leaving his longtime post as head bartender at St. Paul's The Strip Club Meat & Fish to join the team at Hola Arepa's upcoming brick n' mortar restaurant. Oskey has been at the Strip Club for 6 1/2 years, according to Niver's Twitter, and was one of the last of the restaurant's original employees. In addition to his much-lauded work at The Strip Club, Oskey is also a partner in Joia Soda and Easy & Oskey, which produces make-your-own bitters kits.

Strip Club co-owner Tim Niver and Hola Arepa announced the move pretty much simultaneously on Twitter early Saturday morning, and it looks like the shuffle is as amicable as it gets:

Hola Arepa—the Kingfield brick n' mortar from the popular food truck—is looking at a May opening date. Hola Arepa co-owner Birk Grudem and Oskey formerly worked together at Longfellow Grill. No word yet on what kind of cocktails Oskey has in store.

Several Minneapolis Restaurants Band Together to Sue Against Vaccine Mandate