Share All sharing options for: The Strip Club's Meat On a Stick, #5 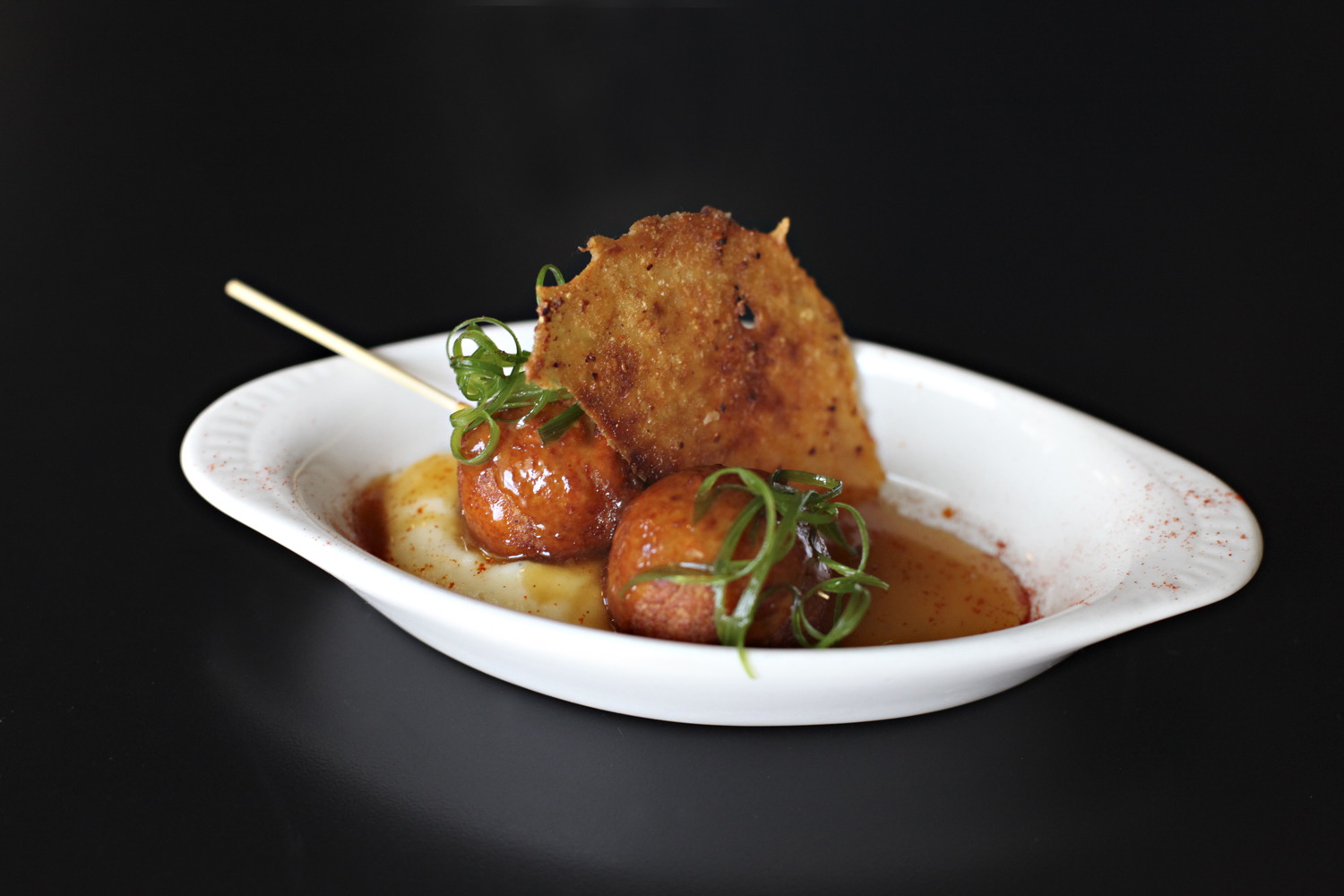 Last but certainly not least, this fried chicken mousse with pommes puree, demi glace gravy, and crispy red chili chicken skin started as a meat on a stick plate but has earned its own spot in the small plates section of the menu, where it is now served sans stick. "We tried it as a state fair first, and it came out great and people loved it," Fratzke says.
· All Meat on a Stick Power Hour [Eater MPLS]
· All Coverage of The Strip Club Meat & Fish [Eater MPLS]
· All Coverage of The Five Days of Meat 2014 [Eater MPLS]

After Seven Years on Quincy Street, Able Seedhouse and Brewery Will Close This Weekend