Share All sharing options for: The Strip Club's Meat On a Stick, #3 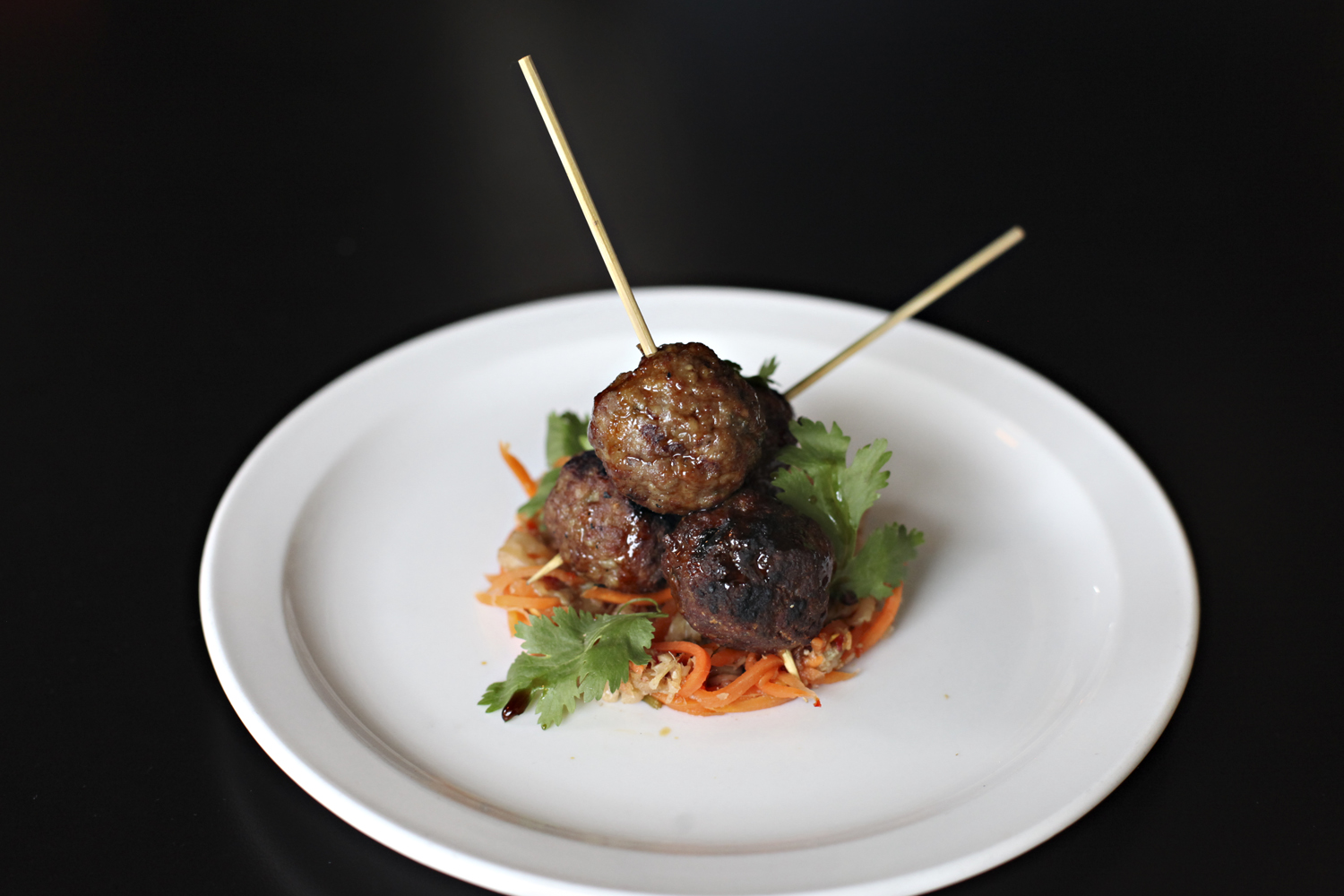 These pork and ginger meatballs are served with house-made kimchi and cilantro. This dish came about because the kitchen had extra pork leftover from pork belly, so, ta-da, it was ground up and turned into meatballs (on a stick). The main ingredient often drives the meat on a stick dish's creation, says Fratzke, who often turns his sous chef or broiler cook loose with a specific protein to work with. "It's pretty much one of those things where I say, this is what we have to use for meat on a stick, I want you to this ingredient," Fratzke explains. "And I just let them go. It's so much fun that way, it takes a lot of pressure off me. I have a lot of very smart, very talented people in my kitchen, and I like to see what they come up with. And I would much rather coach them on something than just give them something to do."
· All Meat on a Stick Power Hour [Eater MPLS]
· All Coverage of The Strip Club Meat & Fish [Eater MPLS]
· All Coverage of The Five Days of Meat 2014 [Eater MPLS]