Share All sharing options for: The Strip Club's Meat On a Stick, #2 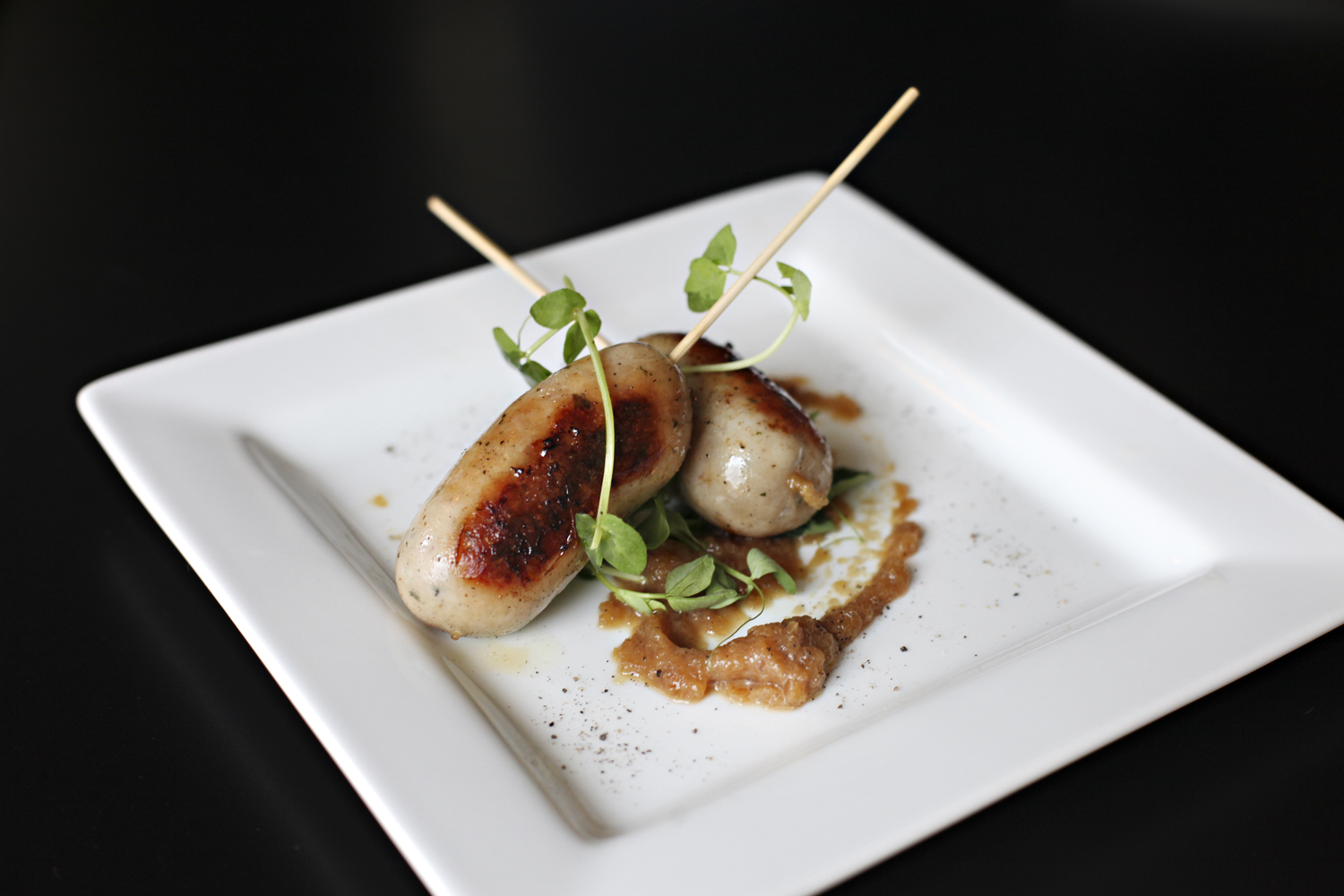 The Strip Club has been making their own sausages for a little over year (keep an eye out for more house-made sausages-on-a-stick, which may well appear at the restaurant around State Fair time). This dish, created by sous chef Chris Uhrich, highlights a house-made rabbit sausage, served with onion jam and pea sprouts, which are locally sourced from a farm in southeastern Minnesota.
· All Meat on a Stick Power Hour [Eater MPLS]
· All Coverage of The Strip Club Meat & Fish [Eater MPLS]
· All Coverage of The Five Days of Meat 2014 [Eater MPLS]