Share All sharing options for: The Strip Club's Meat On a Stick, #1 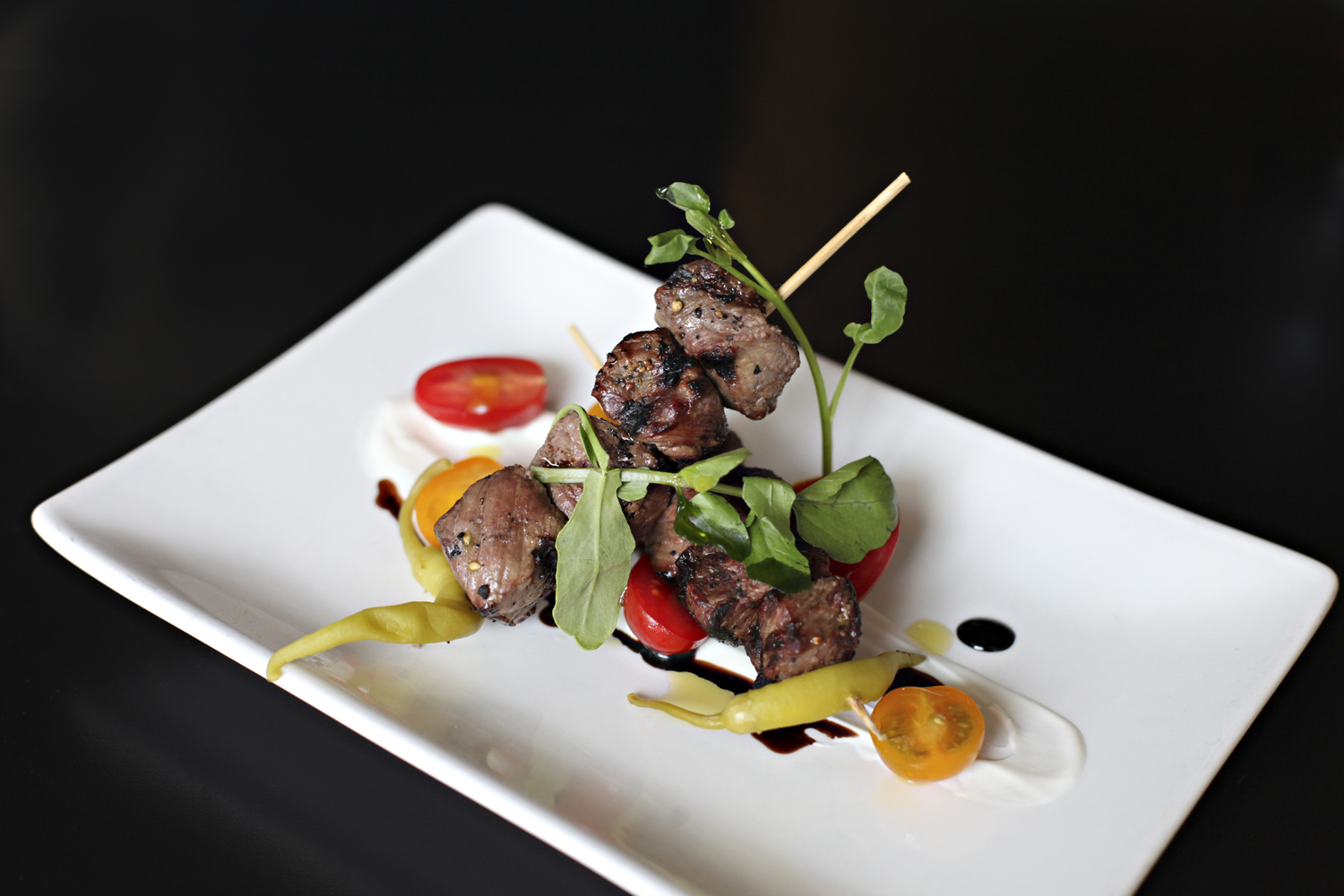 This first meat on a stick features three ounces of grass-fed beef, heirloom tomatoes, matiz chiles, mascarpone, vin cotto, and watercress. While this exact preparation won't necessarily be repeated, grass-fed beef is a meat-on-a-stick staple, giving a sample of The Strip Club's selection of all-grass-fed beef. Fratzke says, "For a lot of people who are unfamiliar with grass-fed beef, it's a seven-dollar gateway drug. That's a way for them to check it out and make sure that they want to commit to the New York strip."
· All Meat on a Stick Power Hour [Eater MPLS]
· All Coverage of The Strip Club Meat & Fish [Eater MPLS]
· All Coverage of The Five Days of Meat 2014 [Eater MPLS]