The days are getting shorter and we are about to dig into Minnesota State Fair season. That can mean only one thing, autumn is near. Rather than lament the change of seasons, it's time to get excited for all of the restaurants we have on our horizon. The entire country seems to be eyeballing Gavin Kaysen's new spot, the Strip Club crew is heading to Lowertown, Kim Bartmann continues to expand her Minneapolis restaurant holdings and soon sweet music and a menu from Derik Moran will debut in St. Paul.

Have any news about an opening? A photo, a menu, an open date, a tidbit of gossip? Email the tipline and let us know.

5) Dakota Jazz Club St. Paul
Address: 408 St. Peter Street, St. Paul
The Players: Lowell Pickett, Derik Moran
The Situation: The demise of the Artist's Quarter in St. Paul had plenty of music fans sounding their sad trombones. Luckily, the space won't remain dark for much longer and the new owners know a thing or two about putting on a great music show. Lowell Pickett's Dakota Jazz Club in downtown Minneapolis has long been known for a high-wire act combination of fine dining and fantastic musical acts. This is where Prince decided to hold those special practice dates last year. Chef Derik Moran has been hard at work while getting the second kitchen prepared to open. Known for his approachable take on modernist cuisine, this could be another spot for voracious St. Paul food fans to gather. Expect this artistic endeavor to open before the end of the year.
[All Dakota Jazz Club Coverage] 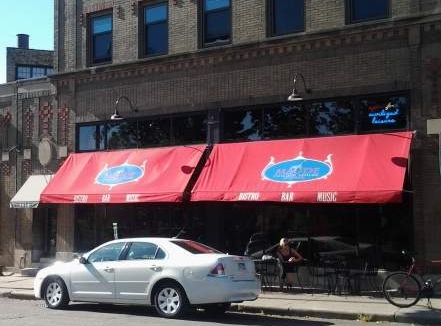 4) The Third Bird
Address:1612 Harmon Place
The Players: Kim Bartmann
The Situation:The doors were barely open at Kim Bartmann's Tiny Diner when the news broke that she was already at work on her next venture. The erstwhile Café Maude on Loring Park is undergoing a transformation and will be reborn as The Third Bird. Bartmann explained the restaurant to Dara Moskowitz Grumdahl of Minneapolis/St. Paul Magazine as, ""Picture yourself with a bunch of friends, you come in, get a couple of aperitifs, a whole chicken and a bunch of vegetable sides, a bottle of wine or two—it will be like that." The friends helping her with this venture include Steven Brown of Tilia and Bill Summerville of the forthcoming Merchant. Food will be straightforward, simple and mostly wood-fired.
[All The Third Bird Coverage] 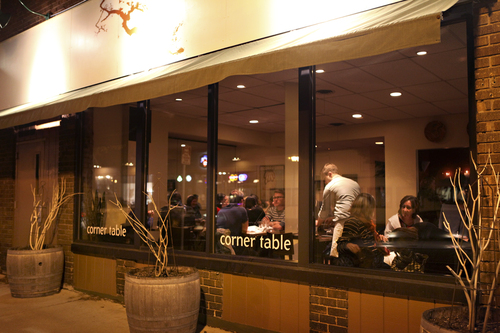 3)Revival
Address: 4237 Nicollet Avenue
The Players: Nick and Chenny Rancone, Thomas Boemer
The Situation: We've waited all summer for our fried chicken fix, but we're fast closing in on the day that Corner Table's former location will be reborn as Revival. Owners Nick and Chenny Rancone along with partner and chef Thomas Boemer have been dreaming of their perfect biscuit recipe and soon we shall feast on those flaky layers. Their initial, ambitious plans had slated this spot to open in the summer, but they decided instead to focus on the new incarnation of Corner Table further down the road. That neighborhood gem with the fine dining flourish is dazzling diners. Now is the time to fire up those fryers and get going on that chicken. They will be serving both regular and a gluten-free variety. Nick Rancone assures us that he will be ready to open the doors before the first snowflake arrives. At some point thereafter, the brunch service that was recently halted at Corner Table will also experience a revival.
[All Revival Coverage] 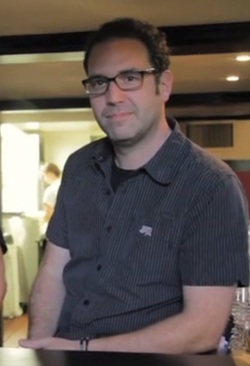 2)Saint Dinette
Address: Not yet confirmed, Lowertown
The Players: Tim Niver, J.D. Fratzke, Laurel Elm, Adam Eaton
The Situation: While we don't have an exact opening date ready for this restaurant from Tim Niver and J.D. Fratzke, we know that there is much to look forward to. Laurel Elm will run the front of house. She's already been helping out at the Strip Club and her ease with customers and generous hospitality enhances the dining experience. Chef Adam Eaton (a La Belle Vie alum) is creating dishes are a playful mix of rich, luxurious textures served with an impish glimmer of someone ready to unleash a gastronomic whirlwind upon the people of St. Paul. After struggling to find a location, the ink should soon dry on a new lease. Pop up dinners previewing the menu ideas have sold out. According to Tim Niver, we've got a mid-soon appointment with Lowertown.
[All Saint Dinette Coverage] 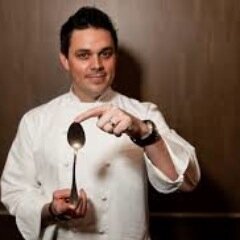 1. Merchant
Address: 211 North First St.
The Players: Gavin Kaysen, Bill Summerville, Diane Yang
The Situation: Perhaps you may have heard word of this Gavin Kaysen fellow who has returned to Minneapolis from New York City? From the moment Kaysen announced his departure from Café Boulud in New York City, heads have swiveled westward with a collective, "What?" Yes, a well-reviewed, much loved chef left the big apple for the mini one and has since gathered an impressive team. Bill Summerville, a once omni-present front of house man at La Belle Vie will handle the hospitality. The much-lauded Diane Yang (also of La Belle Vie) is helming the pastry station. While this opening might be late fall, it's all we can think about as those cooler breezes begin to blow.
[All Merchant Coverage]
· All Coming Attractions [-EMPLS-]