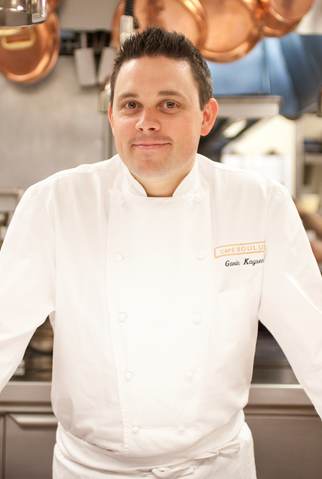 Have you heard? There's apparently some big name chef from New York City heading to Minneapolis to open a restaurant. Gavin Kaysen, the Bloomington native who ended a successful run at the Michelin-starred Cafe Boulud to return to the Twin Cities creeps ever closer to opening his North Loop restaurant, Merchant. Epicurious included Merchant in a list of the most anticipated fall openings.

Over the weekend in a conversation with both Kaysen and his front of house and wine expert, Bill Summerville, Eater confirmed that they are still on track for a November opening. This week, the decisions about interior decorating details, silverware and plates are being made. They also have just laid the tile in the kitchen. Said Kaysen over Twitter this morning, "Things are progressing."