Fall Is Coming And That's A Good Thing: Stuff To Do

Share All sharing options for: Fall Is Coming And That's A Good Thing: Stuff To Do

There it is at the end of this weekend, taunting our impending end of summer: Labor Day. Although the days may be getting shorter and there's a hint of chill in the air, that's no reason to get all down in the mouth. In fact, there are several things waiting to go into your mouth that will turn that frown upside down. There is rock and roll with free food samples, buckets of freshly shucked oysters, outdoor eating festivals, underground dinner parties, vicious ramen and a few restaurants that will soon be open. 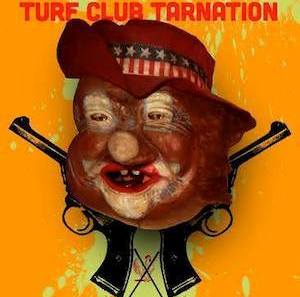 Gastro Non Grata - It's been a long, dark wait for the return of the Turf Club, but soon the iconic St. Paul music club will return and this time they'll have a kitchen. That's right, there's more than one night of clandestine taco eating and a few bags of Old Dutch to accompany their beer and cocktails. Chef Karl Lichtfuss (who last worked at the Depot making tasty pre-show eats) will be serving several samples of his dishes and each course will be paired with a Summit brew for the next Gastro Non Grata on Sunday September 14. On stage will be Sherwin Linton playing old school tunes from Johnny Cash, Elvis, Buddy Holly and more. Also taking the stage are Whiskey Jeff & the Beer Back and Nathan Miller. Plus, there are door prizes provided by Clancey's Meat Market. Just for attending, you could very likely walk home with a delicious hunk of meat or possibly a beef heart. It's always a great time and tickets are only $12 online or $15 at the Turf. Doors open at 6 pm.

Ooh La La Live! -The area around the intersection of Lake Street and Lagoon Avenue has always been a place of action and interesting sites. Whether it's a midnight showing of the Goonies at The Uptown Theater or the general bar close crews pouring out of Williams, there's always something happening. Now, the well-known intersection will be the site of a late fall block party. Coup d'Etat, Uptown Tavern, Stella's Fish Cafe & Prestige Oyster Bar, Republic, Agra Culture, Yogurt Lab and more of the area businesses are teaming up for a street level good time. Entry will cost just $5 for this family and pooch-friendly party that will feature food from the restaurants, live music and a fashion show. The party gets rolling at 4 p.m. Saturday September 20. Perhaps best of all, there will be valet parking. 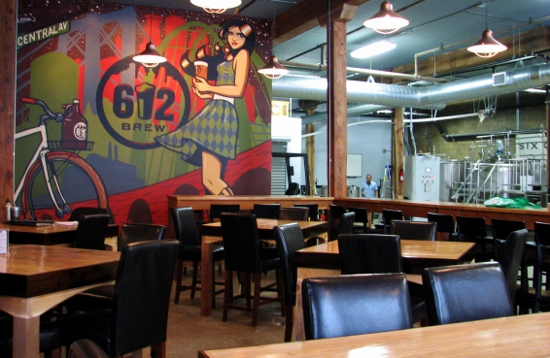 Dinner on the Farm: Underground Dinner Party - It's an underground Indian cuisine beer party at 612 Brew on Tuesday September 9th at 7 pm. Tandoor Kitchen has teamed with Dinner on the Farm, the onsite feast that usually travels to the places where food is raised. Details are minimal and the seating is very limited, but for $70 guests will enjoy a multi-course meal paired with craft beers that have been made on site. 612 Brew is located near the intersection of Central Avenue and Broadway Street and features a lovely outdoor seating area that feels like a secret garden in the middle of the gritty city. Email Dinner on the Farm for tickets. 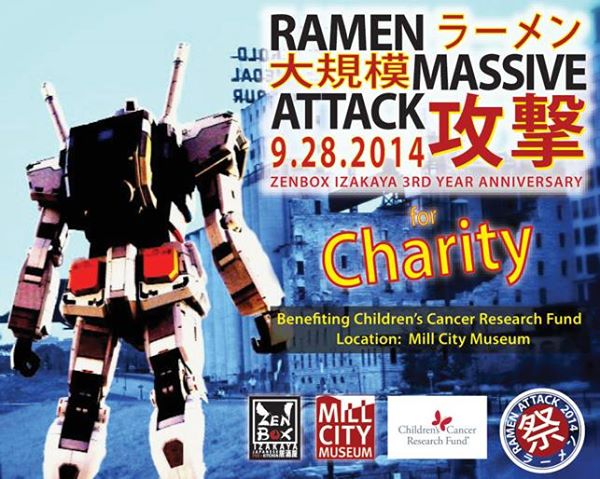 Ramen Massive Attack! - For the second year Zen Box Izakaya will celebrate another year in business by hosting a block party featuring live music, Japanese street food eats and several chef-crafted bowls of ramen. Last year the lines were epic with some attendees waiting as long as three hours for a bowl made by world-famous ramen chefs who flew in for the event. This year there have been several changes to cut down on the wait times. What won't change is the plentiful Surly brews. Not all of the chefs who will be crafting bowls of rich broth and piles of Sun Noodles have been announced, but so far we know that in addition to Zen Box Izakaya's chef and co-owner John Ng, Travail will be serving bowls as well. The event takes place Sunday September 28 beginning at noon at the Mill City Museum. Proceeds benefit the Children's Cancer Research Fund. 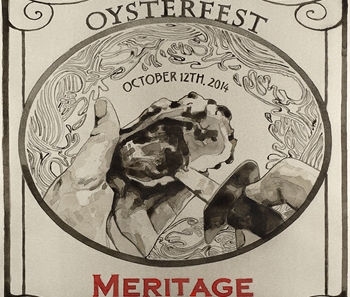 Oysterfest - A bevy of bi-valves will be shucked at the fourth-annual Oysterfest on Saint Peter Street outside of St. Paul's Meritage on Sunday October 12 beginning at noon. After a few stumbles in managing crowds, last year's even was a rocking time with plenty of easy access to oysters as well as several of the bar eats served inside including burgers, frites and their singular smoky, confit-cooked chicken wings. There will again be a celebrity chef oyster shucking competition, although chef and owner Russell Klein was unable to yet confirm who will be in attendance, "It's a little bit like herding cats." There will also be several oyster classes available for those who want to learn in addition to eating. This year the shells in attendance will travel from as far away as Alaska, plus Hama Hamas and many more. Tickets go on sale September 2 and cost $25 for entrance to the event or $120 for all you can eat oysters.